One of the suspected killers of Pa Fasoranti's daughter has reportedly contracted the deadly coronavirus. 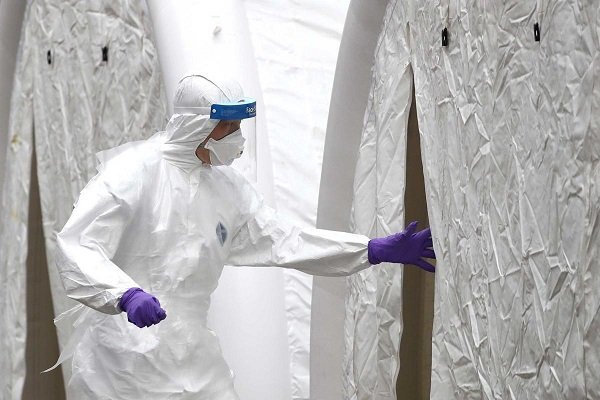 The Nation reports that one of the four suspects arraigned for killing Mrs Funke Olakunrin, daughter of Pa Fasoranti, has tested positive for COVID-19.

The four suspects were arraigned last Friday and remanded to a Correctional facility in Owo.

Ondo State Governor, Oluwarotimi Akeredolu, who confirmed this in a tweet on Sunday morning, said the state has confirmed three new COVID-19 cases.

He said, “We have confirmed three other cases in Ondo state. One of the cases involves one of the recently arraigned suspects in the murder of Mrs Funke Olakunrin, Pa Fasoranti’s Daughter.

The three new cases included a policeman who got tested in Lagos but came to Ondo for treatment.

Akeredolu said the state Commissioner of Police, Undie Adie, has been duly informed and that line tracing of police officers and others in the SARs facility where the policeman was kept has started and their specimens are being collected.

Akeredolu said the suspect has been isolated from others and will be moved to the IDH for treatment.

According to him, “The Commissioner of Police has assured the state that there will be adequate security around the IDH premises to prevent his escape and while on treatment, he will be manacled to the bed.

“I will expatiate on all cases in my weekly press briefing tomorrow.” he added