Residents of Rivers state especially those around Bonny Island have been warned to be careful the kind of fish they buy after a huge whale was butchered in the area. 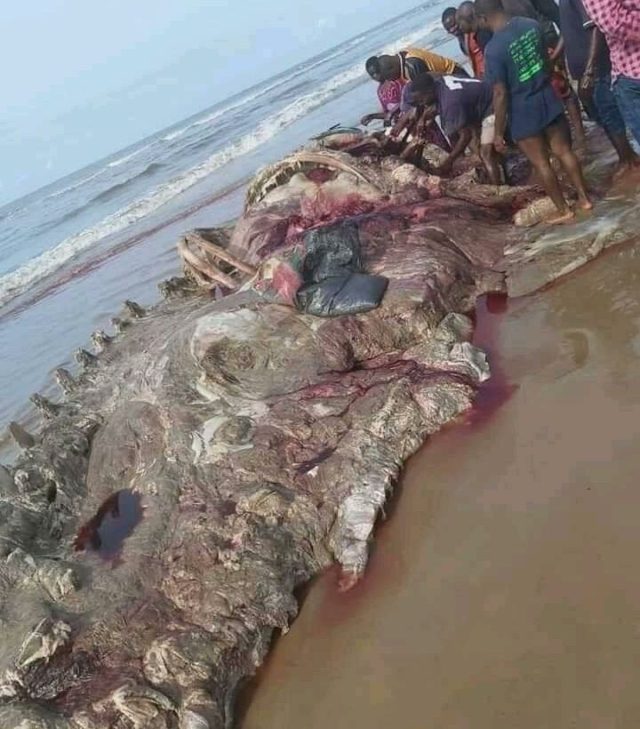 Basilosaurus whale that washed ashore in Rivers
Residents of Finima, Bonny Island and environs, Rivers state have ignored warning from experts to butcher a large Basilosaurus whale that washed ashore.
This comes barely two weeks after a swarm of dead croakers washed ashore from the banks of the Atlantic Ocean.
As it were with the dead croakers which found their way into the pots of soups of fishermen and unsuspecting consumers who bought from markets in defiance of Rivers Government warning against it consumption, some residents on discovering the strange sea animal on Friday have been chopping off its tissues from the whale for consumption and selling it to unsuspecting buyers.
In early video footage on the fate of the stranded sea animal, residents feasting on it identified it as a “wild whale”, but the strange mammal identified as a Basilosaurus was seen wiggling parts of its body like a larger than life octopus.
According to Wikipedia, Basilosaurus is a genus of large, predatory, prehistoric archaeocete whale from the late Eocene, approximately 41.3 to 33.9 million years ago. First described in 1834, it was the first archaeocete and prehistoric whale known to science. 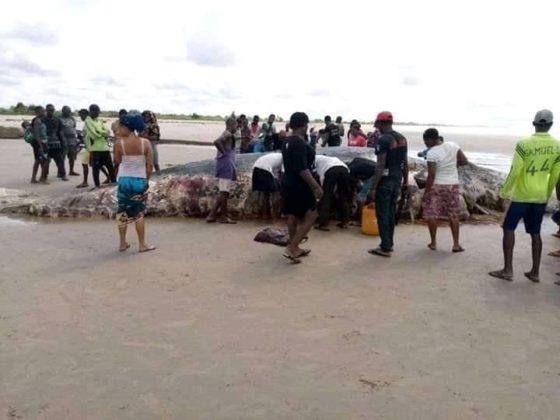 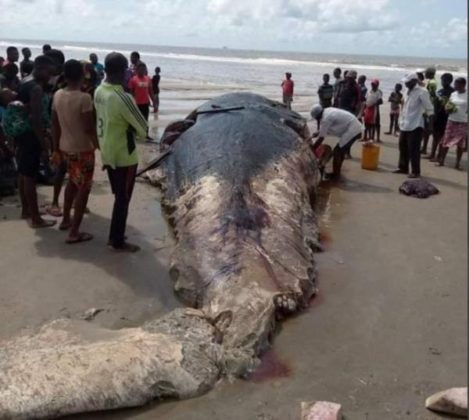