WOW!! See How A Woman Turned An Abandoned Plane Into Her Dream Home With A Lounge And More [Photos]


A hairstylist transformed an abandoned plane into her three-bedroom dream home with a lounge and a kitchen. 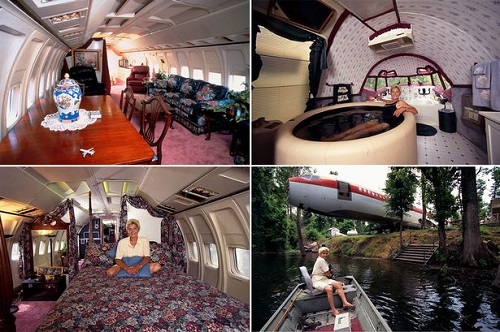 A grandmother turned an abandoned Boeing 727 passenger jetliner into her three-bedroom dream home and named it after US president Donald Trump.

Ann Ussery's air traffic controller brother-in-law Bob Farrow pushed her to snap up the retired plane after her mobile home was destroyed in an ice storm.

Her lakeside plot in Benoit, Mississippi, was nearby to the airport in Greenwood with aircraft salvage firms often parting out planes.

Hair stylist Jo Ann, then 52, had the plane positioned so the nose jutted out over the lake to give the impression it was in flight, describing it as the "best home in the world".

Nicknamed "Little Trump" after the now-president's $16m corporate jet, it had a bath and hot-tub in the cockpit, with Jo Ann moving in in April 1995.

Heating, plumbing, and electrical elements were all installed by contractors, but the beautician handled the rest of the transformation herself.

She fashioned three bedrooms, a lounge, kitchen and laundry room, while retaining the plane's original toilets and keeping the luggage compartments for storage, reports Airport Journals. 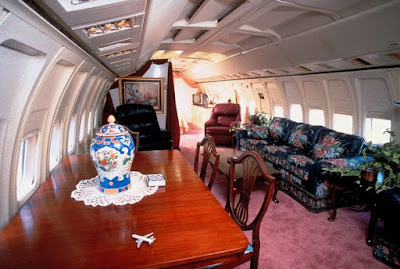 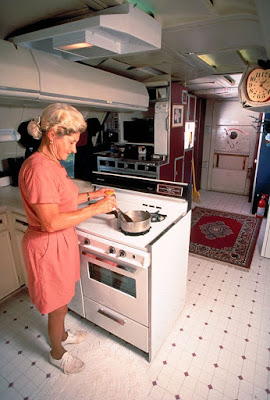 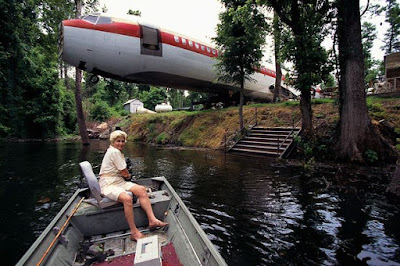 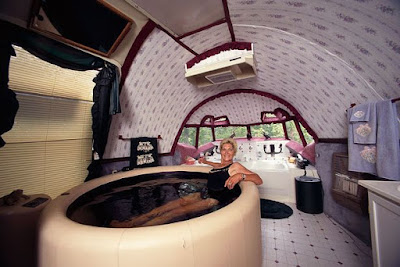