The gospel world has lost a popular singer after he died as a result of coronavirus complications. 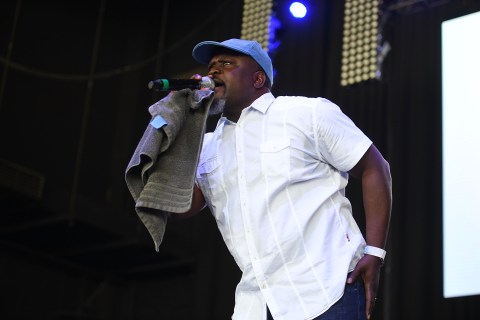 Troy Sneed
Grammy nominated gospel singer, Troy Sneed is dead.
The singer passed away at the age of 52 after suffering from coronavirus complications.
According to the gospel singers publicist, Bill Carpenter, he died early Monday morning at a hospital in Jacksonville, Florida.
OAP, KD Bowe, who is a friend of the deceased shared a tribute to Troy Sneed, as he posted a photo of the duo on social media.
He wrote: “I don’t know how to make sense of this. I’m not ok, man. Covid19 sucks. Will y’all please pray for Emily & the kids? Please?
“RIH, King. Or walk around it … all day. #RIPTroySneed.”
Troy Sneed traveled throughout the United States early in his career to sing the gospel with the Georgia Mass Choir.
He helped form Youth For Christ, which was comprised of members between the ages of 12 and 18 from the Georgia Mass Choir. He served as a producer on Youth For Christ’s “The Struggle Is Over,” which landed at No. 1 on Billboard’s gospel songs chart in 2006.
The gospel singer released seven gospel albums and had several hit songs including “Work It Out” and “My Heart Says Yes,” which both reached No. 2 on Billboard’s gospel chart.
The gospel singer earned a Grammy nomination for his work on the Youth For Christ’s 1999 album “Higher.”
Top Stories