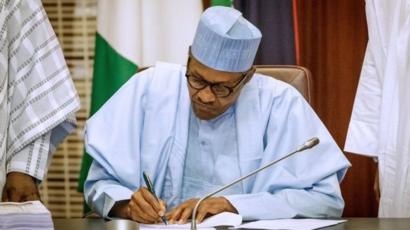 President Muhammadu Buhari
President Muhammadu Buhari has extended the tenure of the interim management committee of the Niger Delta Development Commission (NDDC).
The committee led by Prof. Keme Pondei would serve between May 1 to Dec. 31.
Mr Femi Adesina, the president’s spokesman confirmed the development in a statement in Abuja on Thursday.
According to Adesina, the extension is to cover the period of the forensic audit of the NDDC, earlier approved by the Federal Executive Council, under the chairmanship of the president.
Adesina said that in the same vein, the president had also approved that the NDDC should provide intervention support, amounting to N6.25 billion to complement efforts of the Federal and State Governments against further spread of COVID-19 in the nine states in the Niger Delta.
”The materials and supplies are to be done through emergency procurement method as provided in Sections 42(b) (c) and 43 of the Public Procurement Act, 2007,” he added.
Top Stories