The woman who came to visit her husband, working in Oye-Ekiti, was discovered to have contracted the virus. 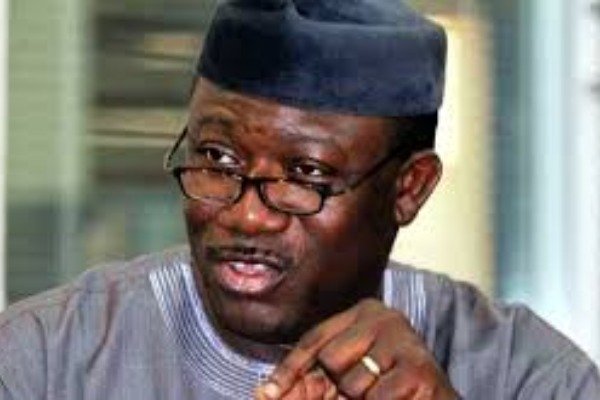 The Ekiti State Government has said the wife of a soldier who brought Covid-19 disease from Katsina state despite prohibition of interstate movements in the state, would be sanctioned accordingly, The Nation reports.

The woman who came to visit her husband, working in Oye-Ekiti, was discovered to have contracted the pandemic after her husband alerted the task force when she started manifesting symptoms.

The Commissioner for Health, Dr. Mojisola Yaya-Kolade, who spoke in Ado Ekiti, on Wednesday said the woman who came to visit her husband at a time there was a lockdown had committed an offence, which she said flagrantly violated the law of the state.

“Though, it was the husband who alerted us, but it was an offence against the state and the Ministry of Justice will take appropriate actions against her at the right time”, she said.

The Commissioner added that the woman’s husband, who was the only main contact has been quarantined for 14 days in accordance with the World Health Organisation’s guidelines

“Let me also tell the public that all the patients in the isolation centre are stable and responding to treatment . And those who are persistently positive to testing are still being kept . With the level we have gone, we have nothing to worry about.

“The only fear we have is the fact that the curfew has been relaxed and people are not observing social distancing . People are still coming into the state through the borders via forceful and illegal means ” .

However, the Senior Special Assistant to the Governor on Public Health, Dr. Jimlas Ogunsakin, disclosed that seven men who forcefully entered the state from Kano and three other females who sneaked in from Oyo State had been isolated to contain the spread of the deadly scourge.

“We got several tip offs from people and we acted on them. The Kano returnees came to Adeparusi estate in Adebayo and some came to Atinkankan are. We got the information from the public and we got them arrested and they were quarantined immediately”.

On the wellbeing of the patients at the isolation centre,Ogunsakin said: “Water facilities and others are freely provided . Before we started using the place, it was renovated optimally . We give food three times daily to all the patients despite that the protocols didn’t entail that”.

The Commissioner for Information, Mr. Muyiwa Olumilua, said government has constituted an Environmental Task Force, to monitor compliance with protocols at market places, religious centres , banks and by okada riders.

He noted that starting from Friday, the security agencies have been given the matching orders to arrest those not using the face masks, saying such people will be prosecuted.