COVID-19: Seriously Anxiety In Edo As Over 110 Travelers From Kano, Rivers Flood Hospital


The incident in Irrua was said to have caught the hospital management and staff unawares and led to some of the staff going home. 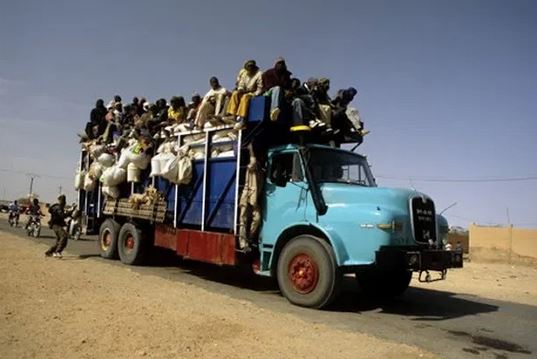 There was anxiety among health workers at the Irrua Specialist Teaching Hospital, ISTH, Edo State, yesterday, as a truck load of persons numbering 84 believed to have arrived from Kano State came to the hospital, Vanguard reports.

Similarly, another vehicle transporting 26 persons said to be coming from Rivers State was intercepted and all detainees from the two arrests are undergoing screening and testing to ascertain their covid-19 status.

The incident in Irrua was said to have caught the hospital management and staff unawares and led to some of the staff going home.

A source in the hospital told Vanguard, “When I arrived the hospital this morning (yesterday), I saw a lot of people being guarded by the police and on enquiry, I was told they were intercepted overnight and were  said to be going to Lagos. The Police kept them overnight and then informed the state governor, who immediately ordered that they should all be subjected to Covid-19 test before any action would be taken about them. They have been isolated and urgent testing has began to know the status of each of them.”

Public Relations Officer of the hospital, Odijie Ohue said, he was not authorized to speak on the matter.

Police Public Relations Officer, Chidi Nwabuzor, who confirmed  the incident said, “Operatives intercepted the vehicle and took them to Irrua police station. When counted, they were 84 human beings including the driver and when they were interrogated, they said they were coming from the North. They were taken to Irrua Specialist Teaching Hospital for proper medical check and that has been done.

“The state government order is that security agents should escort them away to where they said they were going to, and that is the West, either Ogun or Lagos state.”

State Commissioner for Health, Dr. Patrick Okundia, said the 26 travellers in a truck were stopped at AGIP Junction on Sapele Road and moved to the Stella Obasanjo Hospital for screening and testing to ascertain their COVID-19 status before they were let off to continue their journey.

On the travelers from Kano, Okundia said, “ISTH is screening and testing them. We are communicating and exchanging reports. The essence is to screen these persons and get them tested after which they will be allowed back into their truck to continue their journey and Police officers will escort them out of the state.”

The driver of the truck with registration number LSF 679 XZ spotted at Edo Central, John Monday, said he had just finished delivering his goods and decided to pick the passengers, who he claimed he charged between N500 and N700 on his way from Kano State en-route Ogun State.