The suspected killers of three Nigerian undergraduates have opened up on why the students were murdered. 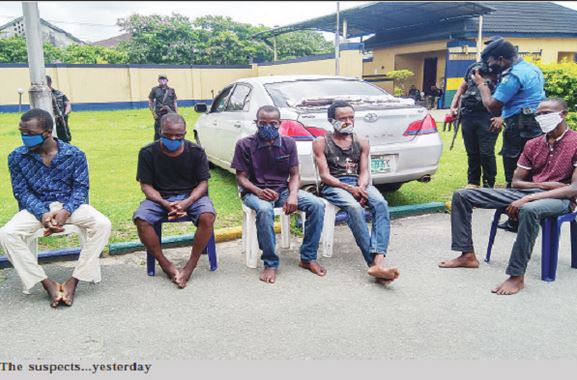 According to The Nation, the leader of the gang that allegedly killed three university students in Rivers State, Bright Iheachi, aka Nelly, on Wednesday said he ordered their killing because one of them ran away with  his N4 million.

At the parade of the five-man gang in Port Harcourt, the state capital, yesterday, Iheachi said  their target was Nelson Nwafor who fled to Ghana with his N4 million share of an undisclosed deal they struck last year.

Iheachi said, “I was the person that ordered my colleagues to kill the three of them, but it was Nelson that I had wanted them to kill, but I later changed my mind and decided that the three of them be killed,” he said.

Parents of the deceased three urged police to ensure justice is done.