A lady took to social media to reveal the letter her younger sister sent to her after she offended her. 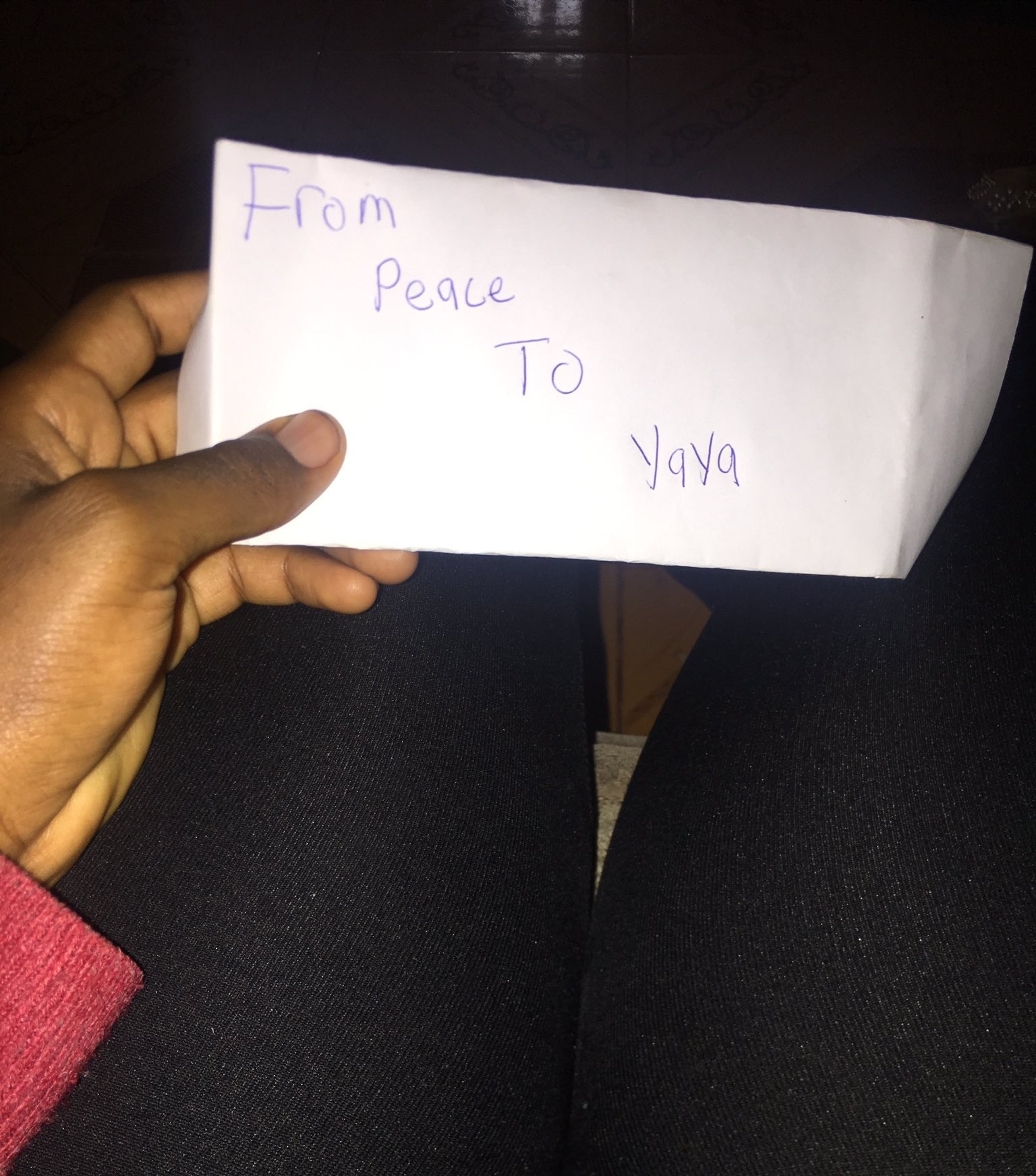 A Twitter user has shared a photo of the message she received from her younger sister after she offended her.

The repentant sister wrote a letter apologizing to her elder sister. She blamed the devil for her action and acknowledged that what she did was wrong.

She then included two 50 Naira notes as an olive branch for her elder sister to use in buying recharge card. 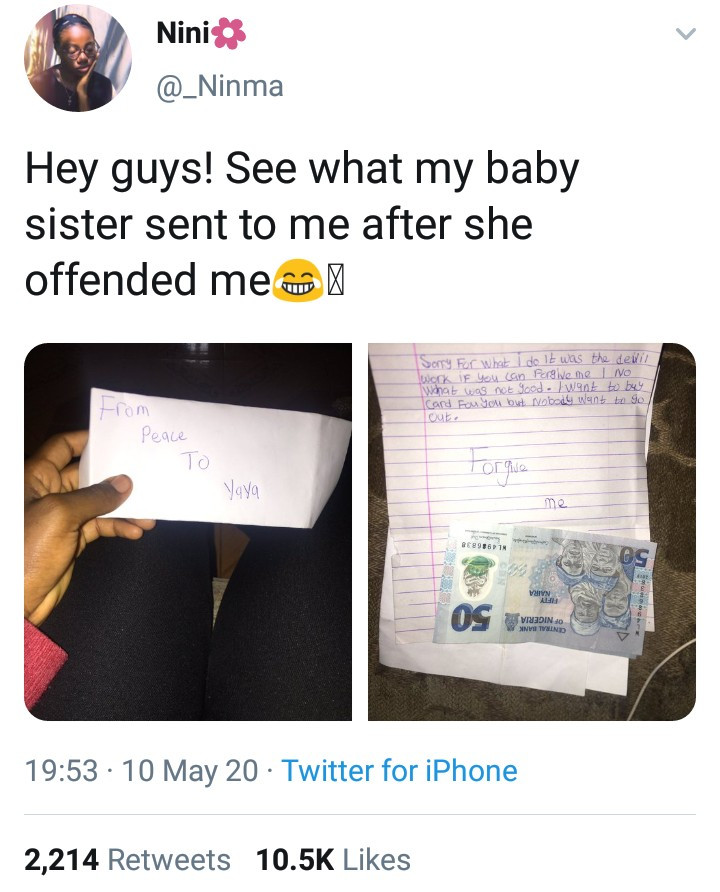 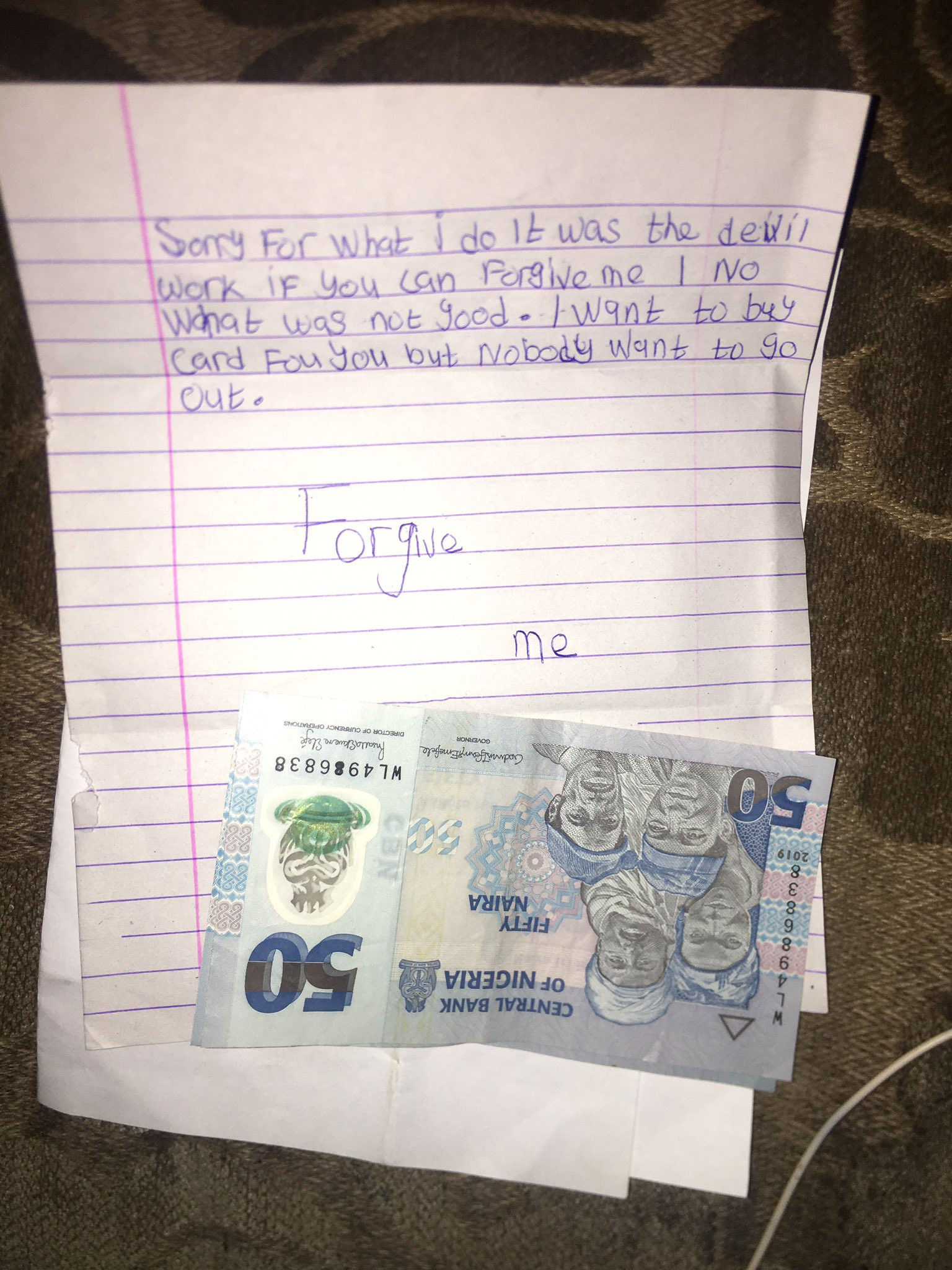