The Chairman of the task force and Secretary to the Government of the Federation, Mr Boss Mustapha, raised the alarm at the PTF press briefing. 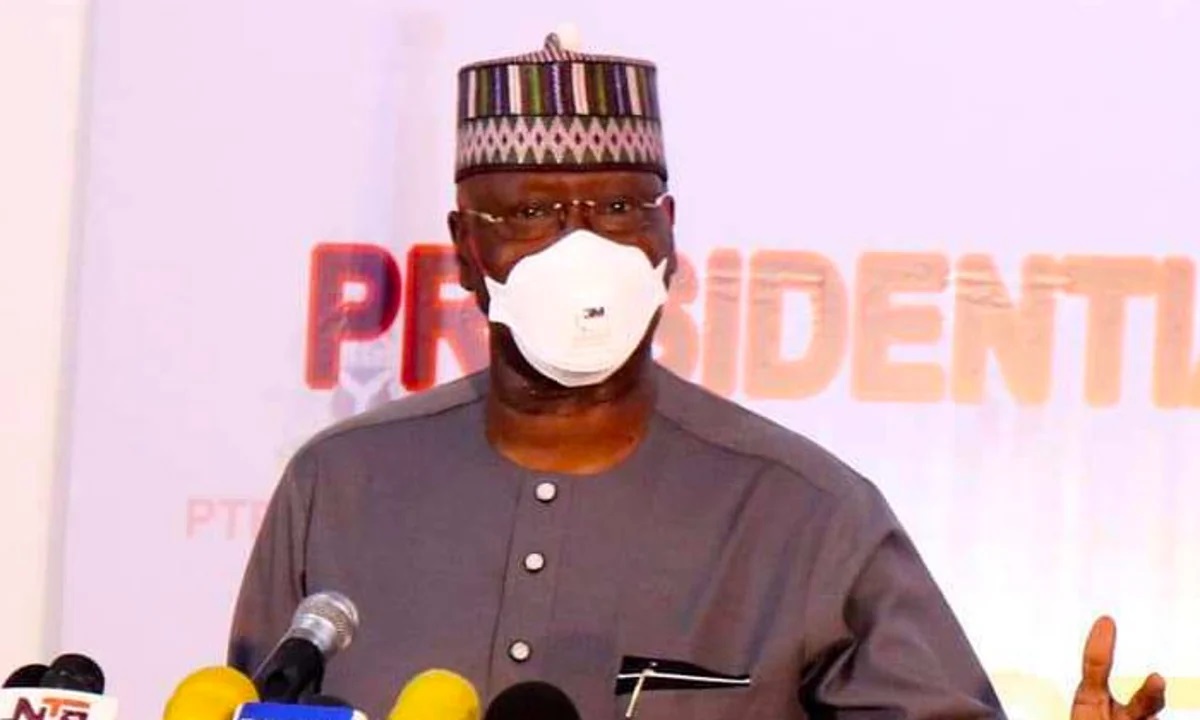 According to Punch Metro, the Presidential Task Force on COVID-19 has raised the alarm over an unhealthy practice of some Nigerians who pick face masks from rubbish dumps and sell them.

The  Chairman of the task force and  Secretary to the Government of the Federation, Mr Boss Mustapha, who raised the alarm at the PTF press briefing in Abuja, warned that such a practice would worsen the spread of COVID-19 in the country.

He also said northern state governments, which had been evacuating the Quranic school pupils, popularly known as Almajirai, to their states of origin should suspend it.

The Minister of Health, Dr Osagie Ehanire, also at the press briefing, said pathologists from Sokoto, Bauchi, Jigawa, Katsina and Kano had been trained, adding that they were investigating deaths in the states.

The task force, shortly after the President, Major General Muhammadu Buhari (retd.), in his national broadcast on April 27 ordered gradual reopening of the economy, gave guidelines that would assist in flattening the COVID-19 curve in the country.

Among the guidelines are the compulsory use of face masks and maintaining social distance in public places. The government also banned a gathering of over 20 people and interstate movements.

He said, “The unhealthy practice of picking disposed masks for whatever purpose is harmful to both the individual picking them and whoever procures them later.

“The PTF has become aware of the ongoing practice of sharing masks and picking of masks for recycling from dump sites. This places a lot of responsibility on all of us to be self-educated and to educate others.

“The following points are emphasised: ​Except for fabric masks, every disposable used mask is a​ hazardous medical waste and should be disposed of properly, preferably by burning.

“It is very risky to share masks as the virus is capable of remaining on surfaces for several hours and you could get infected.”