She noted that the doctors and nurses complained that they ran out of personal protective equipment and hence could not endanger their lives. 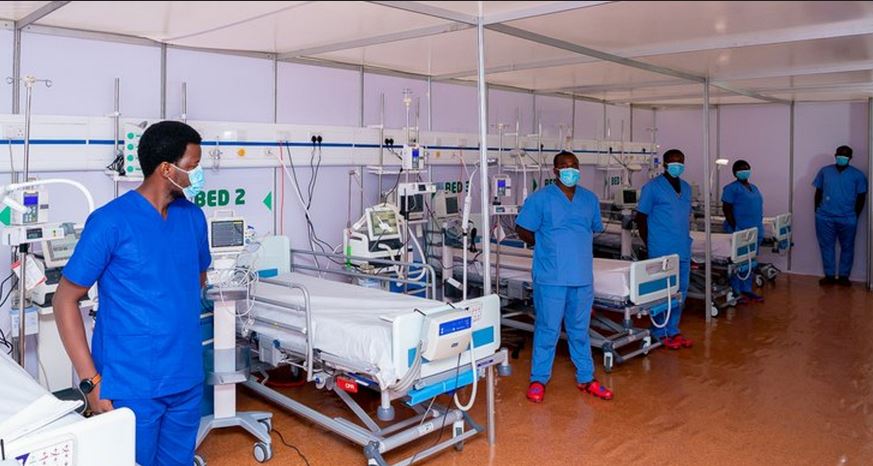 According to The PUNCH, a survivor of the COVID-19 pandemic in Lagos State has asked the government to pay more attention to the welfare of coronavirus patients being isolated at the Infectious Disease Hospital, Yaba.

The female survivor, who asked to be identified simply as Bimbo, said after the admission of patients, many of them were left to cater for themselves, adding that in the process, some patients fell into depression.

She noted that the doctors and nurses complained that they ran out of personal protective equipment and hence could not endanger their lives.

The PUNCH learnt that Bimbo’s father had died a day after testing positive for the coronavirus.

Health workers were said to have conducted tests on members of his family, as 26-year-old Bimbo and her sister tested positive.

The graduate told our correspondent that she was then admitted to the IDH, where she spent over two weeks.

“When I first got there, the nurses were coming to take our vitals, temperatures and all. But suddenly, they stopped and said they did not have PPE. Since I got there, it was just once they shared nose masks. No nose mask for anyone.

“Also, our drugs sometimes, they would just drop them and we would have to share ourselves. There was a point the doctors also stopped coming to see us.

“Whenever we had emergencies, we would scream out for help and there would be no one to attend to the patient. If such an emergency happened at night, you might not get help until the following morning,” she added.

Bimbo lamented that whenever the doctors came around to talk to the patients, they did not respond to questions on their health conditions.

“The doctors just came, took samples and left. We didn’t even have anyone to ask questions or explain anything. Nobody was saying anything. There was no emergency phone number that we could call even if we had issues.

“The nurses would drop your food and leave. They did not want to know if the patient ate or not. At least if you dropped food in the morning and you still met it, are you not supposed to ask? They did not care whether you ate the food or not,” she said.

The PUNCH learnt that Bimbo was put in the ward where the patients had not started exhibiting symptoms of the infection.

However, those with critical cases were said to have been admitted to an adjoining ward.

Bimbo said because of the poor welfare in the ward, most patients talked and encouraged one another.

“Before I left, for five to six days, the nurses did not do any vitals. The battery of the blood pressure machine in our ward was low. So, anytime the nurses came, they told us that the battery was low and they could not do any vitals; that was how they stopped checking vitals and temperatures; they could not even request new batteries,” she said.

Bimbo, while saying COVID-19 was real, said she witnessed the death of two patients: a male and a female.

The female was said to have visited the IDH for the COVID-19 test and died on the chair while awaiting the arrival of the officials.

Bimbo said she saw the deceased gasping for breath as she held to her chest.

Upon her death, she was put in a body bag for burial.

For the male, the 28-year-old said he was already admitted.

“The man was in bad shape; he was brought in a wheelchair. Around past 9pm, everybody in Ward B ran out and started shouting for help because the guy had started vomiting blood. I don’t know if help came on time or not.

“Around 10pm, he was stable. By 1am, however, we heard them shouting again for help. But there was nobody to help.

“In the morning, doctors came and started running around and looking for oxygen. Later in the day, we saw them carrying his corpse out of the ward,” she added.

She urged the government to enlighten residents on COVID-19, saying some of those admitted with her did not believe that the virus was real because they were not showing symptoms.

Bimbo also appealed to the government to improve patient-doctor communication in the various isolation centres.

“Throughout the time I spent there, I was tested twice. But the funniest thing is, they didn’t tell us our results. Nobody said anything. What they will just tell you one day is that you have been discharged.

“Now, the new method is that as long as you have spent 14 days and taken medication, you will be discharged. That is the new rule.

“For the period, we just knew that we were in isolation, eating. The ones that wanted to talk would talk, others consoled each other and some played,” she said.

The Commissioner for Information, Lagos State, Mr Gbenga Omotosho, denied the allegations, saying doctors, nurses and patients at all isolation centres in the state were well catered for.

Omotosho noted that while there was no perfect system, the situation at the IDH had received wide applause for the excellent treatment of patients.