A woman has revealed the heartless thing she did to punish her cheating boyfriend. 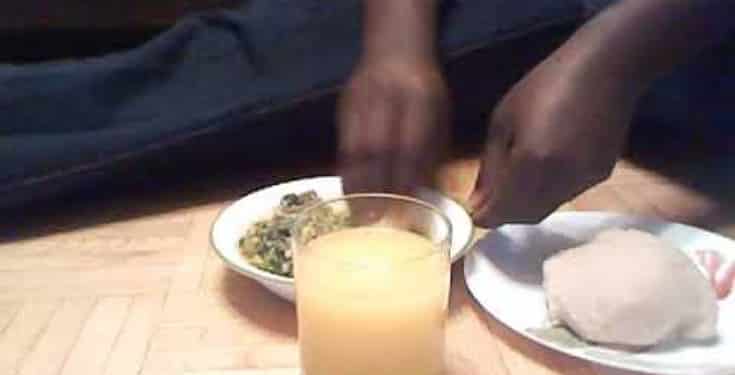 File photo
A Nigerian woman has confessed after cooking for her boyfriend with his best friend's semen.
The revelation was made by Nigerian comedian and actor, Chief Obi during his #KeepingASecretWithChiefObi live session on Instagram.
The woman narrated that she was forced to take the action after finding out that her boyfriend was cheating on her.
She decided to cheat back on him with one of his close friends. After having sex with her boyfriend’s friend, she gave him an oral job and made him cum in her mouth. She then kept the semen inside a cup to be used later.
She further revealed that she took the semen of her boyfriend’s friend and used it to cook Egusi soup for her boyfriend who cheated on her.
Watch the video below: