Yomi Fabiyi has spoken on why he used the same toothbrush with his late mother after passing away. 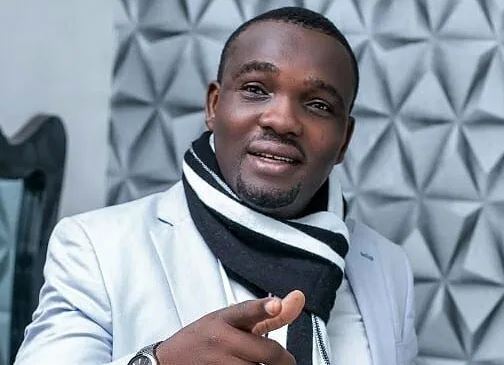 Nollywood actor Yomi Fabiyi in this interview with DAMOLA KOLA-DARE speaks on why he used the same toothbrush with his late mother after passing away among other wide range of issues.

WHAT drives you as a movie producer?

My desire to entertain the audience with quality movies that add to their knowledge and give value to their time, money, emotions, etc.

Have you ever regretted being in the Yoruba Nollywood Industry?

No way, no regrets.

Actors and actresses seem to have found love engaging in personality clashes. What’s your view on this trend?

Most people tend to forget that actors and actresses are also human. However, things are meant to be done in moderation. And again, one of the pillars of the African Theatre and Film circle is the culture of respect. What will be unacceptable is to allow blatant disrespect to have a field day.

All in all, one must do so with caution especially on social media where even the least want to drag a father figure without moral restraint because of larger social media appeal or followers. It is dicey but if we return to proper drilling of every entrant whether gotten on social media or offline before testing them with fame, there will be more sanity. From social media to fame is a huge concern. By and large, some just don’t have caution, the idea of trending or thirst for more followership necessitates involvement in such, they really don’t mean most of these personalities clash to heart. Within us, we know who deserves respect.

How has COVID-19 affected you personally?

It has affected us because the nature of our job requires close contact, crowd, and stuff. And then after lockdown, to get people to trust our process so we can use their facilities can be tasking. While others are returning to work, we are having it hard to. Another is the source of funds for production. These business owners have asked me to wait until they balance their books as they are just returning to business. I don’t want to say I am now in the unemployment market but in a temporary one until it is fully clear which may be the end of the year. How do I survive from March to the end of 2020? All savings have been spent during the lockdown on self and support to the family, people around in need, and few fans.

What’s your projection for the film industry Post-COVID-19?

It is a general situation post-COVID-19. Quite obviously, Nigeria is going into a deep recession in another quick succession and it will affect every unit of the economy including the movie industry. No stimulus package for filmmakers, I just hope the consequences will be minimal. I cannot place any economic permutations. It is very bad. Each man for himself. The only instinct now is survival.

Why did you decide to use the same toothbrush as your late mum after she passed on?

The bond between a mother and child is already spiritual. The cord wasn’t for fashion. A child once depended on the breath, food, water, and blood of the mother to survive. The first sound any child hears and understands is the mother’s heartbeat. And since my mum’s sickness, I personally took her to live with me since my dad had a second wife and people were calling that my mum was not given proper care.

When the call became unbearable and my mum kept denying just to protect my dad and the younger wife, I was forced to settle the whole issue amicably by taking her to live with me. As we lived together, sometimes when she couldn’t find her brush, she used mine thinking I won’t notice. Do I throw the brush away because my mum used it? The instinct as a child who cares about his mum is to rinse and continue using. This happened a couple of times. And when I traveled, she died before I returned. The only visible thing I saw was the toothbrush. I almost threw it away but I felt if I did, It would be betrayal because she was no more. I continued using it. I have never heard about lifespan for brush, I used to dispose of when it depreciates until I saw comments after I shared my afterlife bonding with my mother.

I love my mom dearly because of a flashback of her sacrifices and motherhood, she exemplifies a small god. If I want to come to this world again, I want to come through her. If the use of the brush now has a spiritual undertone to anyone, check how they treat their mother. And they are free to kill their mother and use her toothbrush to understand the meaning. As for me, it is my way of mourning my beloved mother and I am unapologetic about it.