In the build-up to the civil war was a series of killings that characterised the coup of 1966, perceived as an Igbo plot, and the counter-coup staged by northern soldiers six months after. 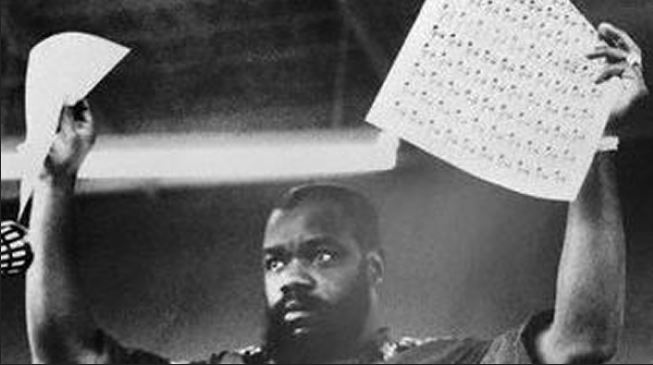 It has been 53 years since the Nigerian civil war broke out, but the memories of it are still fresh in the minds of many.

The late Odumegwu Ojukwu declared the then eastern region an independent state of the Republic of Biafra, a move that ultimately resulted in bloodletting, hunger and widespread displacement in a war between Nigerian soldiers and fighters from the south-east.

In the build-up to the war was a series of killings that characterised the coup of 1966, perceived as an Igbo plot, and the counter-coup staged by northern soldiers six months after.

While the crisis lingered, Ojukwu, who was the governor of the eastern region, ordered the Igbo resident in the north to return to their homeland. This and similar events suggested an impending doom.

And so, to maintain the peace, delegates of the federal military government and those of the eastern region met at Aburi, a Ghanaian town, where the popular Aburi Accord was signed.

In response to the accord, the federal government promulgated Decree No. 8, which was mainly an embodiment of the accord.

About four months down the line, on May 27, 1967, Yakubu Gowon, then head of state, announced the creation of 12 states, breaking the eastern region into three – south eastern state, Rivers state and east central state, a move seen by Ojuwku as contrary to the letters of the Aburi Accord.

Three days after, on May 30, he declared that the eastern region is breaking away from Nigeria as the Republic of Biafra.

And that was the last straw that drew the battle lines.

Reproduced below is the speech from Ojukwu:

Fellow countrymen and women, you, the people of Eastern Nigeria:

Conscious of the supreme authority of Almighty God over all mankind, of your duty to yourselves and prosperity;

Aware that you can no longer be protected in your lives and in your property by any Government based outside eastern Nigeria;

Believing that you are born free and have certain inalienable rights which can best be preserved by yourselves;

Unwilling to be unfree partners in any association of a political or economic nature; Rejecting the authority of any person or persons other than the Military Government of eastern Nigeria to make any imposition of whatever kind or nature upon you;

Affirming your trust and confidence in me; Having mandated me to proclaim on your behalf, and in your name the Eastern Nigeria be a sovereign independent Republic. Now Therefore I, Lieutenant-Colonel Chukwuemeka Odumegwu-Ojukwu, Military Governor of Eastern Nigeria, by virtue of the authority, and pursuant to the principles recited above, do hereby solemnly proclaim that the territory and region known as and called Eastern Nigeria together with her continental shelf and territorial waters shall henceforth be an independent sovereign state of the name and title of The Republic of Biafra. And I Do Declare That:

(i) All political ties between us and the Federal Republic of Nigeria are hereby totally dissolved.

(iii) All subsisting international treaties and obligations made on behalf of Eastern Nigeria by the Government of the Federal Republic of Nigeria shall be honoured and respected;

(iv) Eastern Nigeria’s due share of all subsisting international debts and obligations entered into by the Government of the Federal Republic of Nigeria shall be honoured and respected;

(vi) The rights, privileges, pensions, etc., of all personnel of the Public Services, the Armed Forces and the Police now serving in any capacity within the Republic of Biafra are hereby guaranteed;

(vii) We shall keep the door open for association with, and would welcome, any sovereign unit or units in the former Federation of Nigeria or any other parts of Africa desirous of association with us for the purposes of running a common services organization and for the establishment of economic ties;

(viii) We shall protect the lives and property of all foreigners residing in Biafra, we shall extend the hand of friendship to those nations who respect our sovereignty, and shall repel any interference in our internal affairs;

(ix) We shall faithfully adhere to the charter of the Organization of African Unity and of the United Nations Organization;

(x) It is our intention to remain a member of the British Commonwealth of Nations in our right as a sovereign, independent nation. Long live the Republic of Biafra! And may God protect all those who live in her.

The war continued until January 11, 1970 when the Nigeria army launched “Operation Tail Wind”. That exercise was the last blow on the “Republic of Biafra” which ceased to exist after Philip Effiong, Ojukwu’s deputy, surrendered to the federal government, after the Biafra leader had fled to Cote d’Ivoire.

His speech is reproduced below:

I, Philip Effiong, do hereby declare: I give you not only my own personal assurances but also those of my fellow officers and colleagues and of the entire former Biafran people of our fullest cooperation and very sincere best wishes for the future.

It is my sincere hope the lessons of the bitter struggle have been well learned by everybody and I would like therefore to take this opportunity to say that I, Maj. Gen. Philip Effiong, officer administering the government of the Republic of Biafra, now wish to make the following declaration:

That we are firm, we are loyal Nigerian citizens and accept the authority of the federal military Government of Nigeria.

That we accept the existing administrative and political structure of the Federation of Nigeria.

That any future constitutional arrangement will worked out by representatives of the people of Nigeria. That the Republic of Biafra hereby ceases to exist.

In response, Gowon declared that there was “no victor, no vanquished.”

According to him, “the tragic chapter of violence is just ended. We are at the dawn of national reconciliation. Once again we have an opportunity to build a new nation. My dear compatriots, we must pay homage to the fallen, to the heroes who have made the supreme sacrifice that we may be able to build a nation, great in justice, fair trade, and industry.”