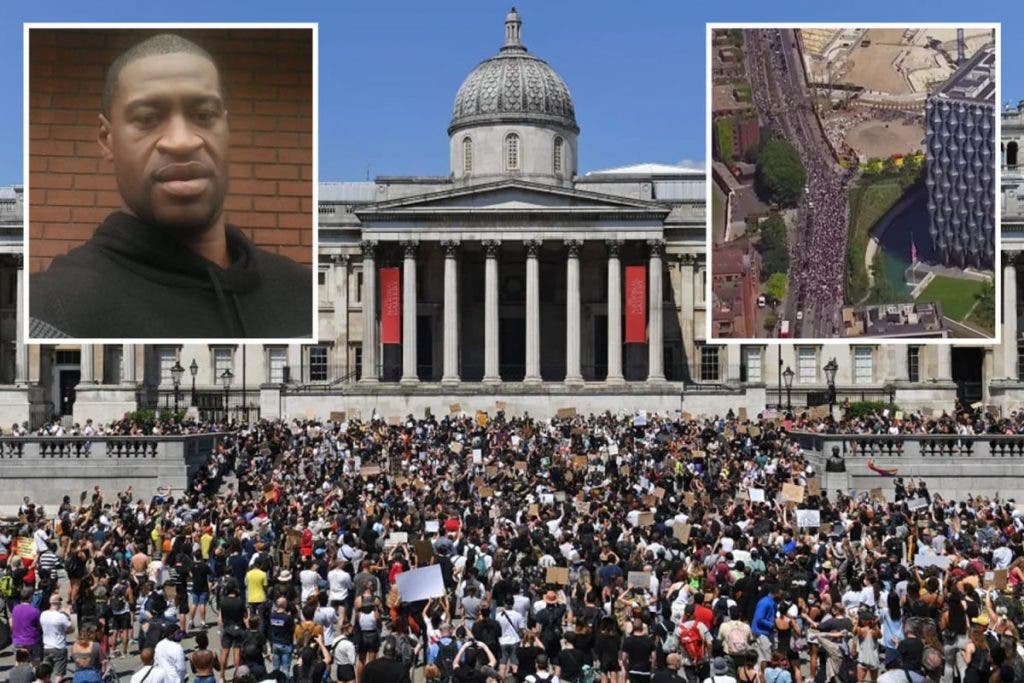 UK residents protest killing of black man, George Floyd
According to the BBC, protesters in London held placards saying “Racism has no place” and “I can't breathe” - a reference to George Floyd's words during arrest.
Thousands of people have gathered across central London to protest against the killing of George Floyd's by the Police in the US.
They were seen signs saying “Justice for George Floyd” who died in Minneapolis while an office knelt on his neck to pin him down.
Thousands of Black lives matter has the protesters marched across Central London on Sunday to protest against the killing of an unarmed black man by police in the US.
In a video of the arrest of Mr Flour he could be heard begging, “I can't breathe” last Monday in Minneapolis before he died while being restrained.
The protests have been held at Trafalgar Square and outside the US Embassy in Battersea, south London, chanting “say his name: George Floyd” and “no justice, no peace, no racist police”.
They also held up placards saying “racism has no place”, and “I can’t breathe”.
Black Lives Matter said: “We are doing this to place pressure on the American government and show that this is a world wide issue.”
The Met Police said officers were present and were engaging with those in attendance.
Hundreds of people marched through Peckham in south London on Saturday in protest against police brutality.
Top Stories