A little boy of 4 has been beaten to a coma after he urinated on himself leaving many people in shock. 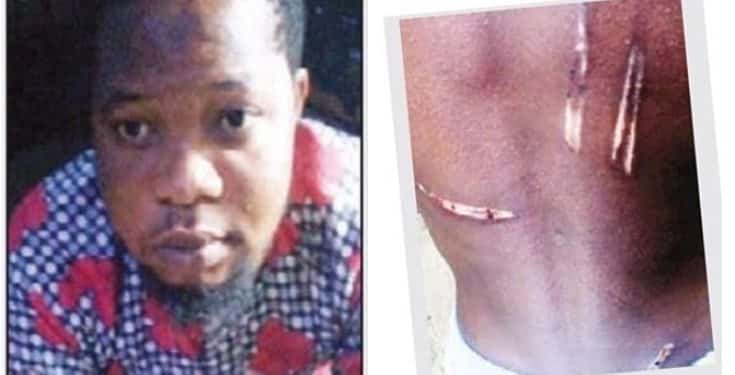 Tunde attacked his son for urinating on himself
A man identified as Tunde has landed in trouble after beating his 4-year-old son to coma.
It was gathered that Tunde attacked his son, Ezekiel after getting angry that he urinated on himself.
According to their neighbors, Ezekiel’s mum and Tunde were married for a few years until she left him over constant acts of domestic violence.
A neighbor told The Nation that Ezekiel was always being maltreated by Tunde and his new wife.
“Tunde married another wife and the woman always beats Ezekiel at every little provocation.
Nobody in the neighbourhood could stop Tunde from beating the boy because of his unruly behaviour,” the neighbor said.
Top Stories