The suspect was apprehended 24 hours after allegedly committing the heinous crime at Abule Lemode. 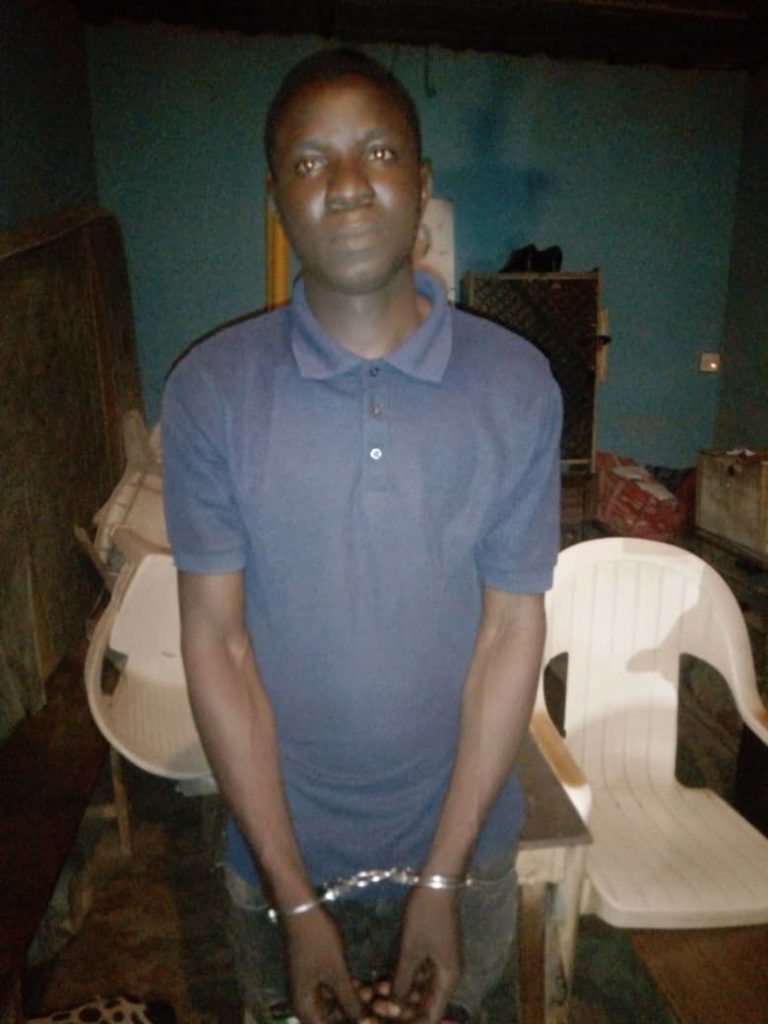 Men of the Ogun State Police Command, on Wednesday, arrested a 25-year-old man, Wasiu Bankole, for forcefully having carnal knowledge of a septuagenarian, while she was asleep, Punch Metro reports.

The suspect was apprehended 24 hours after allegedly committing the crime at Abule Lemode,  Ijoko, in the Ado-Odo/Ota Local Government Area of the state.

The Police Public Relations Officer in the state, Abimbola Oyeyemi, disclosed this in a statement on Thursday.

Oyeyemi said the suspect was arrested following a report by the victim at the Agbado Division in Sango-Ota.

The PPRO stated that the victim complained that her attacker broke into her room around 8pm on Tuesday, and forcefully had carnal knowledge of her, while she was asleep.

The victim was, however, rescued by one of her neighbours, who ran into her room and saved her from the rapist.

Oyeyemi explained, “The victim stated that it was one of her neighbours, who heard her scream, and came to her rescue by using a stick to hit the suspect on his back, consequence upon which he jumped off her and ran away, leaving his clothes, pair of shoes and torchlight inside the victim’s room.

“Upon the report, the DPO, Agbado Division, SP Kuranga Yero, dispatched his detectives to look for the suspect and bring him to justice.

“The detectives succeeded in arresting him 24 hours after and brought him to the station.”

According to the PPRO, upon interrogation, the suspect confessed to the crime and claimed to have acted under the influence of alcohol.

The police spokesperson said the 70-year-old victim had been taken to hospital for treatment.

He added that the Commissioner of Police in the state, Kenneth Ebrimson, had ordered the immediate transfer of the suspect to the Anti-Human Trafficking and Child Labour Unit of the State Criminal Investigation and Intelligence Department for further investigation and diligent prosecution.