Find out how the rampaging coronavirus affects the human body after succeeding in penetrating it. 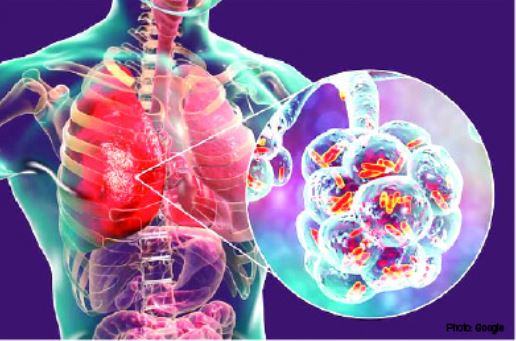 Experts have underestimated and misunderstood COVID-19 since it first appeared. And as they learn more, it’s clear that COVID-19 can be more than just a respiratory disease. It has joined the ranks of other “great imitators” diseases that can look like almost any condition.

It can be a gastrointestinal disease causing only diarrhea and abdominal pain. It can cause symptoms that may be confused with a cold or the flu. It can cause pinkeye a runny nose, loss of taste and smell, muscle aches, fatigue, loss of appetite, nausea and vomiting, whole-body rashes, and areas of swelling and redness in just a few spots.

In more severe cases, some doctors have also reported people having heart rhythm problems, heart failure, kidney damage, confusion, headaches, seizures, and fainting spells, along with new sugar control problems. It’s not just a fever and coughing leading to shortness of breath, like everyone thought at first. This makes it incredibly difficult to diagnose and even harder to treat.

“This is a disease progression we have never seen for any infection that I can think of, and I’ve been doing this for a couple of decades,” says Joseph Vinetz, MD, an infectious disease specialist at Yale School of Medicine.

How it invades the body

When viral particles land in our eyes, nose, or mouth, “spike proteins” on the virus connect with a specific receptor, known as ACE2, on the surface of our cells, allowing entry. ACE2 receptors make a great target because they are found in organs throughout our bodies.

Once the virus enters, it turns the cell into a factory, making millions and millions of copies of itself — which can then be breathed or coughed out to infect others. In order to evade early detection, the coronavirus uses multiple tools to prevent the infected cells from calling out for help. The virus snips off distress signal proteins that cells make when they are under attack. It also destroys antiviral commands inside the infected cell.

This gives the virus much more time to make copies of itself and infect surrounding areas before it is identified as an invader. This is part of the reason why the virus spreads before immune responses, like fever, begin.

Many with mild or no symptoms are able to fend off the virus before it gets worse. These people may have symptoms only in the upper airway, at the site where they were first infected. But when someone’s body can’t destroy the virus at its entry point, viral particles march deeper into the body.  The virus seems to take a few paths from there, either setting up camp in the lungs, fighting its way into the digestive tract, or doing some combination of both.

“There’s clearly a respiratory syndrome, and that’s why people end up in the hospital. Some people get a gastrointestinal illness with diarrhea, maybe some abdominal pain, which may or may not be associated with a respiratory illness,” says Vinetz.

Once the virus is deeply embedded in the body, it begins to cause more severe disease. This is where direct attack on other organs that have ACE2 receptors can occur, including heart muscle, kidneys, blood vessels, the liver, and potentially the central nervous system. This may be one reason for the vast array of symptoms COVID-19 can cause.

“It’s highly unlikely that any other organs can be affected through direct invasion without severe disease,” Vinetz adds.

The brain and nerves may also fall prey to direct attack. Kenneth Tyler, MD, chair of the Department of Neurology at the University of Colorado School of Medicine, cautions that direct central nervous system (CNS) attack is still being worked out at this time. There are many routes a virus could take to invade the CNS.

One somewhat disputed view is that the loss of smell could indicate that the nerve responsible for smell is infected and can carry the virus into the CNS, including the brain.

“This can be shown to occur in experimental models with non-human coronaviruses and is a potential route of invasion for some other viruses. However, there is no evidence to date establishing that this actually occurs with SARS-CoV-2,” the official name of the virus that causes COVID-19.

Early findings, including those from autopsy and biopsy reports, show that viral particles can be found not only in the nasal passages and throat, but also in tears, stool, the kidneys, liver, pancreas, and heart. One case report found evidence of viral particles in the fluid around the brain in a patient with meningitis.

Severe damage to the lungs may be one trigger that activates and overstimulates the immune system through a barrage of signaling chemicals, known as cytokines. The flood of these chemicals can set off what is referred to as a “cytokine storm.” This is a complex interplay of chemicals that can cause blood pressure to drop, attract more killer immune and inflammatory cells, and lead to even more injury within the lungs, heart, kidneys, and brain.

Some researchers say cytokine storms may be the cause of sudden decompensation, leading to critical illness in COVID-19 patients.

A new finding suggests there may be another deadly culprit. Many doctors are discovering that abnormal clotting, known as thrombosis, may also play a major role in lethal COVID-19.

New studies reveal that some patients are clotting a lot and it could be that the rate of thrombotic events are even higher than experts truly recognize. Though the reason for the clotting is still not clear, it seems to be playing a much larger role in death than previously understood.

Beyond the collateral damage from cytokine storms and clotting, other things like low blood pressure that comes from a severe illness, low oxygen levels, ventilator use, and drug treatments themselves can all harm organs throughout the body, including the heart, kidneys, liver, brain, and other organs.

Even though researchers are learning more each day about the virus and how and where it attacks the body, treatment geared toward these targets also pose significant problems. Many drugs come with a risk of destroying the delicate balance that allows the body to help fight the disease or to manage inflammation.

The ACE2 receptor that the virus uses to enter cells is a key player in lowering inflammation and reducing blood pressure. Targeting or blocking this receptor as a treatment strategy to prevent viral entry into cells may actually worsen blood pressure, increase the risk of heart failure and kidney injury, and increase inflammation that may worsen lung injury.

Using medicines to prevent clotting may end up causing severe bleeding. There are limited evidence about the clotting risk and zero evidence on bleeding risk in some patients, and it’s a real priority to understand this risk, especially because one of the strategies to treat the clotting is stepping up the intensity of anticoagulation.

Timing is likely to be key in treatment strategies. Patients may need a drug to boost the immune system early on in the disease, and then one to tamp it down if the disease progresses and cytokine markers begin to rise.