While a group of robbers went to the bank, another set stormed a police station close to the bank, apparently to incapacitate the police. 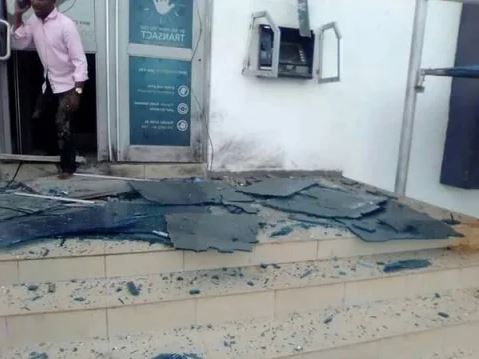 For residents of the sleepy town of Isanlu in the Yagba East Local Government Area of Kogi State, last Thursday will remain unforgettable for them. It was the day armed robbers invaded a bank in the community and killed many people, The PUNCH reports.

While a group of robbers went to the bank, another set stormed a police station close to the bank, apparently to incapacitate the police while their colleagues carried out the operation.

By the time the operation was over, eight police officers, three of whom were women, including a nursing mother identified as Charity Adekeye, were killed. Adekeye, an Ekiti State indigene, was a corporal described as a jovial officer.

A relative of the slain policewoman, Mr Ben Adekeye, said her death was a heavy loss, adding that the family had taken solace in the good life she led.

Ben, who mourned the deceased on his Facebook page, said she would be sorely missed.

He wrote, “With gratitude to God for a life well spent and with a heavy heart we announce the untimely death of Mrs Charity Adekeye. How I wish I am not doing this, but God knows why. She was killed during an attack by armed robbers at Isanlu Area Command. May her gentle soul rest in peace. Amen. We love you, but God loves you more.”

According to a statement from the police after the incident, the robbers who carried out the act were about 25. The spokesperson for the state police command, DSP William Aya, said apart from the eight cops killed, others sustained various degrees of injuries and were taken to the hospital for treatment while the corpses were deposited at a mortuary.

Meanwhile, Sunday PUNCH gathered that the robbers divided themselves into three groups on the day of the operation. While one group took over the main road leading in and out of the town and firing in all directions to scare passersby away, the other group headed for the bank, while the third went to the station to attack the police.

An eyewitness said on getting to the police station, the robbers met some police officers in mufti sitting under a tree in front of the station, opened fire on them including those who tried to escape.

The only police survivor, identified as Inspector Ola Aleu, was said to have stepped out of the station to buy food when the robbers besieged the station. He reportedly fled on sighting the robbers.

Speaking to our correspondent, Aya, said when the robbers started shooting the policemen, many residents who lived near the station quickly shut their doors and windows as stray bullets flew in several directions.

He said, “My house is located along the main road where the robbers held sway. My family members who were at home during the incident said they had to lock all doors and windows as the bullets were flying.”

An eyewitness identified only as Adewale said a commercial motorcyclist on the way to check his family ran into the robbers along the road. He was killed by a stray bullet.

Speaking on the incident on Friday, the state governor, Yahaya Bello, condemned the killings and asked security agents to fish out the robbers.

In a statement, Bello described the incident as “unacceptable, dastardly and cowardly.”

The governor charged residents to assist security agencies by providing useful information to help combat crime in the state.

He said the state’s hospitality should not be taken as a gateway for criminal elements, assuring the people that the government would protect them from criminals.

Bello added, “Our open arms are no invitation to criminals. Our first responsibility as a government is to ensure the security of lives and property in the state. Bank robbery was a recurring decimal in Kogi State before the current administration.

“Together with all security agencies in the state, we ended the regime of this form of crime since 2017. We will not allow this to reverse the gains we have recorded in protecting the lives and property of our people.”

Meanwhile, politicians from Kogi West have also condemned the incident.

The Speaker of the state House of Assembly, Matthew Kolawole, described the killings as “senseless and gruesome.”

He said his heart bled when he received and watched the footage of the hoodlums’ operation, adding that it was heartless for any human being for whatever reasons to perpetrate such a heinous crime.

Kolawole called on the residents to remain vigilant and ready to share information with the security agencies to enable the government to tackle insecurity in the state headlong.

Besides, the senator representing Kogi West, Smart Adeyemi, described the robbery as an “unprecedented waste of precious lives” in a statement on Friday.

He also encouraged the government and security agencies in the state not to be weakened by the ugly occurrence but to rise up to the challenge by apprehending the culprits and further fortifying the state against vices. He added that the death of the police officers must not be in vain.