A lecturer with the University of Nigeria, Nsukka has been called out by Alumni's of the institution for allegedly involving in s3x for grades and extortion. 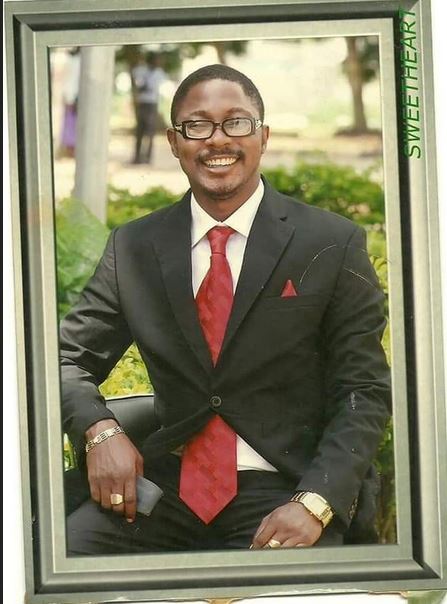 A University of Nigeria, Nsukka (UNN) Darlington Okoye (Ph.D) popularly known as 'anunkankampi' has been called out by graduates of the institution after his death.

In tweets which served as their reaction to the death of the 39-year-old political science lecturer, some former UNN students accused him of allegedly engaging in sex for grade escapades. They also hinted on the lecturer's smoking habit contributing to his death. 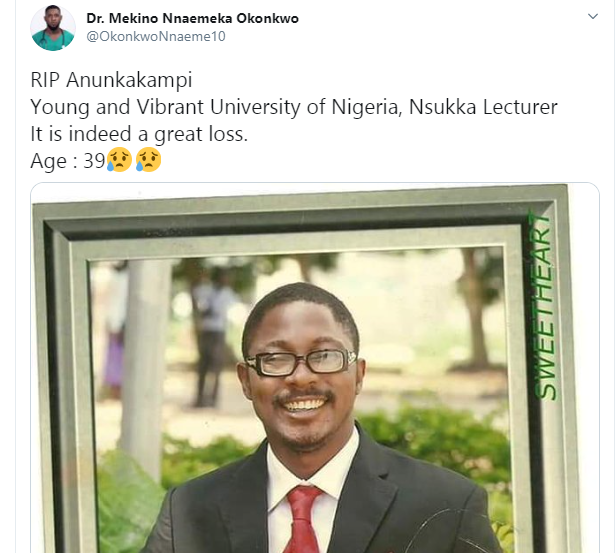 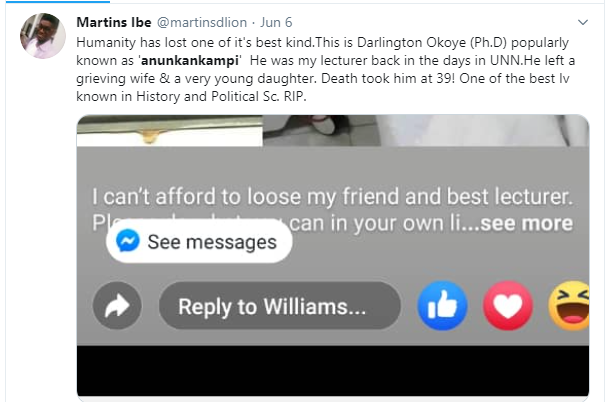 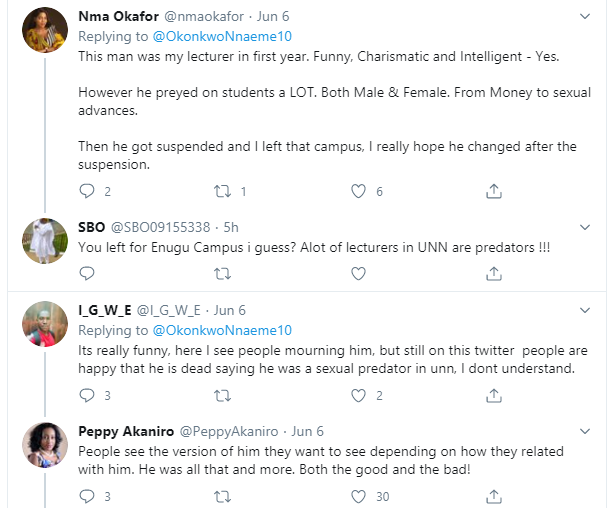 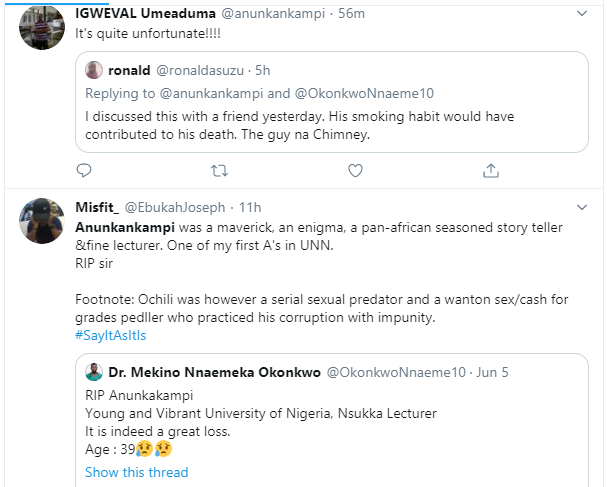 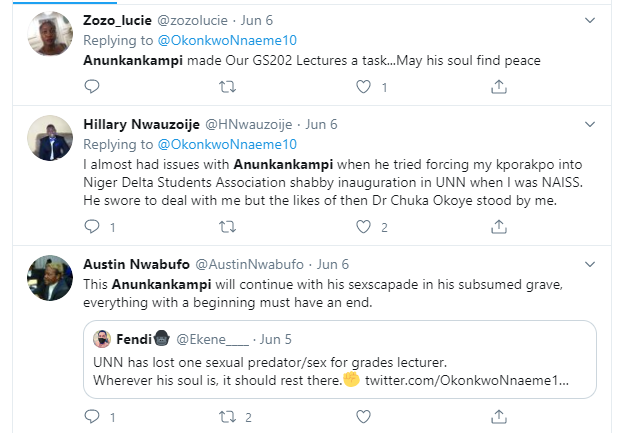