A man of God has caused a stir after harassing two ladies with hellfire in Yaba area of Lagos. 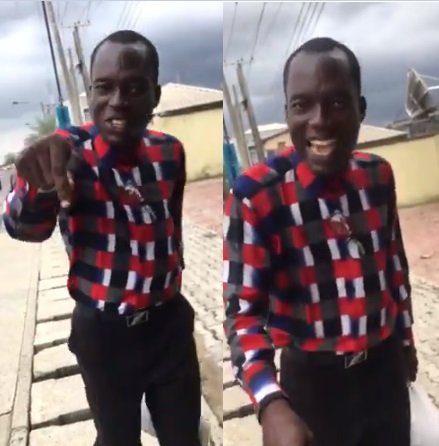 The pastor on street evangelism threatened the ladies with hell fire
An overzealous pastor has been caught on tape harassing some ladies during a street evangelism.
The women said they were walking on the street of Yaba, Lagos when a man walked up to them and started harassing them because of their dressing and threatening them with hell fire.
Sharing a video of the pastor, Chiderah wrote: "So I and my friend were walking to the market and this man kept harassing us in broad daylight saying he’s a preacher and our sunshades won’t help us in hell. Mountain of fire pastors hope y’all can find this person and act accordingly. Kindly tag relevant authorities please."
Chiderah's friend added: "So, it was I and @chi_derah that were walking to Yaba & somewhere around Ozone, this guy just walks to our side and says 'repent or you will go to hell, these sun shades you're wearing won't help you in hell.' At first, I didn't even grasp what he said until he said it again but this timed louder than before. 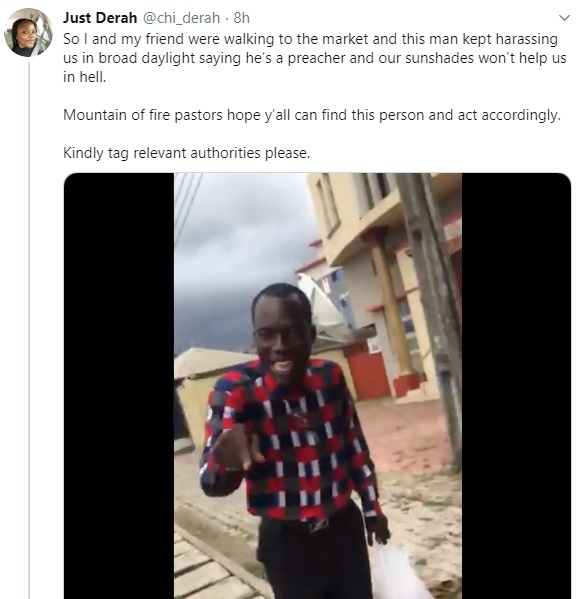 "He kept pointing at us and saying we like things the world & our dressing will take us to hell. I'm literally wearing joggers and a t-shirt with a tied scarf on my head and @chi_derah  is wearing a long-sleeved."
Watch the video below: