A female student of the Federal University Of Oye Ekiti (FUOYE) has died in her boyfriend's house. 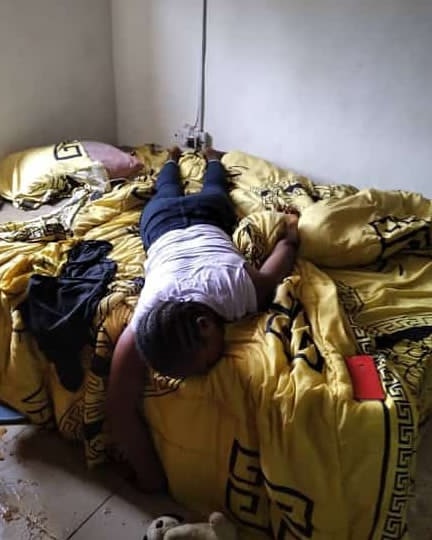 Faderera Oloyede
A 21-year-old, female student of the Federal University Of Oye Ekiti (FUOYE), who visited her boyfriend at his hostel in Osun state polytechnic, Iree, has been found dead.
According to VOICEAIRMEDIA, the lady has been identified as Faderera Oloyede.
The deceased was found dead in her boyfriend’s house at Koko area in Iree community, Boripe local government area, Osun State.
The boyfriend has also been identified as Maliki Ayo who is a student of Osun State Polytechnic, Iree.
According to an eyewitness, who pleaded to remain anonymous, the deceased came in company of her lady friend to visit one Malik who is on the run.
Confirming the story, the Osun State Police Command Public Relations Officer, Opalola Yemisi said the corpse has been taken to Lautech Morgue for autopsy.
It was gathered that men of Nigeria police evacuated the corpse of the deceased from where it was dumped for proper investigation.
Yemisi disclosed that the Course mate that went with her, Adekemi Adewumi has been arrested and confessed they all ate food 'rice' together overnight.
She however said that the the police are currently investigating on the matter.
Watch video below:
Top Stories