The building located at Gafari Balogun Street in Ogudu was said to have collapsed due to a mudslide that occurred during heavy rainfall. 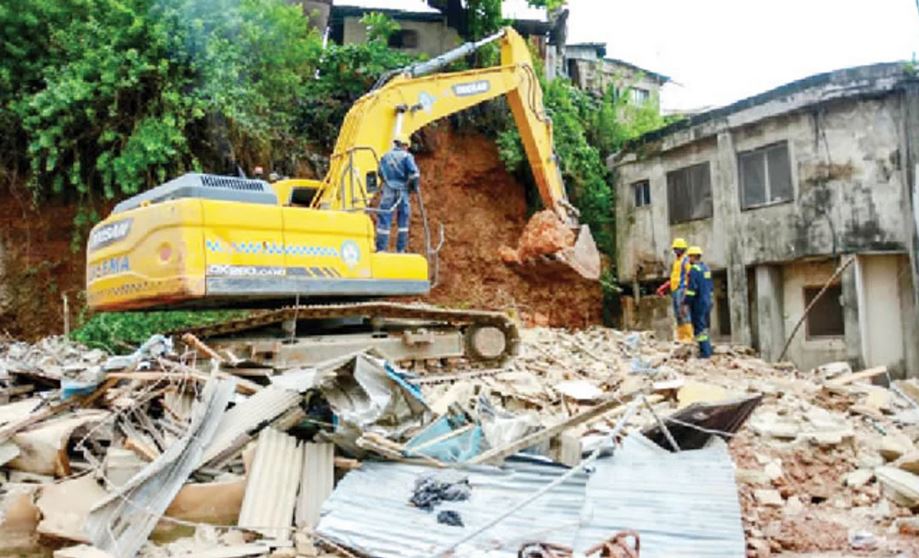 The parents of the two children; Chiamaka and Kareen, who died during Wednesday’s building collapse in Lagos State, have yet to come to terms with the loss, The Punch reports.

The building located at Gafari Balogun Street in Ogudu was said to have collapsed due to a mudslide that occurred during heavy rainfall.

The parents who spoke to City Round kept lamenting their loss amid tears.

The father identified only as Godwin narrated that he and his wife were out of the house when the incident occurred. He said he had gone to Ajah, Lagos, for work, while his wife left the house later.

Godwin told The Punch that the three hours he spent on his way from Ajah to their house in Ogudu were the toughest of his life as he couldn’t wait to get to the scene.

Godwin added, “I was at Ajah when I received a call around noon. I had gone there for something, earlier in the day. My wife was also not around when the incident happened. She had left the house about 1 hour 30 minutes before the building collapsed. She went to Ojota to attend to some things. She returned home to learn of what had happened. What we learnt was that when the hill fell on the building, it touched our apartment and the wall fell on my girls who were alone at home.

“It took me three hours to get to our house in Ogudu from Ajah but the three hours were like three years. I couldn’t believe that my life was going to be shattered in the twinkling of an eye. I lost everything just within a few hours.”

He added, “Where do I start from? I won’t speak evil but this is a tough one for me. My children are gone! We lost everything. We left our children in the house hale and hearty only to meet their corpses. I am devastated by the event.”

The children’s mother, referred to as Mama Chiamaka, could barely speak as she sat quietly beside her husband.

She said, “I can’t really say much or what do you expect a mother who lost her only two children in a day to say? I was at Ojota when I was called on the phone that my children were dead. I didn’t even spend two hours there. If not for the rain, I would have returned earlier. My world has crumbled.

“My two girls, they didn’t come easily. My first child Chiamaka was seven years old while Kareen, the younger sister, was a year and eight months.’’