“Shame On You Dbanj” - Mocheddah Reacts To Rape Allegation


A musician has lashed out at Dbanj over his recent rape allegation and trying to harass his accuser. 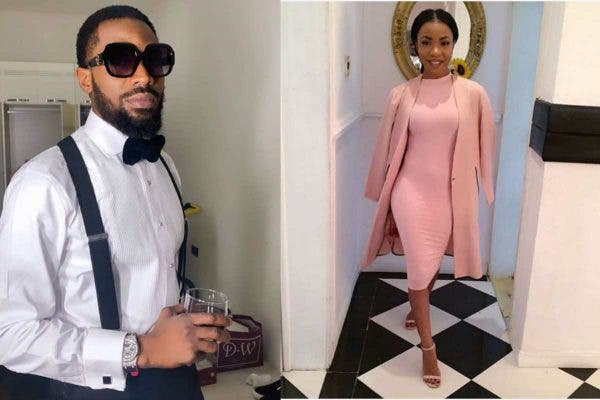 Mocheddah has slammed Dbanj while reacting to his rape allegation
Nigerian rapper, Mocheddah has attacked musician, Dbanj over rape allegation brought against him.
The rapper said the singer should be stripped of his endorsements and his awards should be retracted.
Recall that Seyitan, the woman who accused Dbanj of rape had earlier today revealed that she was harassed and intimidated by the police hired by the musician. She added that she was arrested by the Police and detained for 48 hours without getting access to her lawyers and family.
She stated that she was indeed raped by the singer and she had to come out open when she couldn’t bear the trauma and pain the assault has caused since it happened in 2018.
If you recall few days back, Seyitan was reported to have been arrested by the Police and made to sign an undertaken not to speak out over the issue any longer.
Taking to Instagram to react to the turn of events, Mocheddah slammed Dbanj for allegedly bullying Seyitan.
According to the rapper, the whole story has gone beyond rape, and the singer deserves to be cancelled.
See what she wrote below;
Shame on you, dbanj.
Shame on you for being the bully you have shown us you are.
Shame on you for silencing a young woman from speaking her truth.
Shame on you for being an instrument to unlawful imprisonment.
Shame on you for influencing the order to arrest a woman that has accused you of rape.
Shame on you for making her sign under duress.
you have shown.the world who you are, and that you truly stand for nothing.
This story has gone beyond rape. You have manipulated the justice system to fit your selfish interest. You have broken the law on multiple counts, and you deserve to be CANCELLED .dbanj should be stripped of his endorsements, and his awards should be retracted to send a message to all bullies that believe they are above the law.
The policemen that arrested seyitan unlawfully should all be exposed and relieved of their duty.
The power of your influence puts the onus on you to act right, but Regardless of your status, you are a man first .many might say this case is about cloth chasing, but takeout your bias towards your favorite and replace him with regular joe, wouldn’t you want the same Justice? Do the right thing
#shameondbanj #canceldbanj #saynotorape
Top Stories