Nigerian singer, Nura Inuwa has told of how his song stopped a young woman from going ahead with her suicide plans. 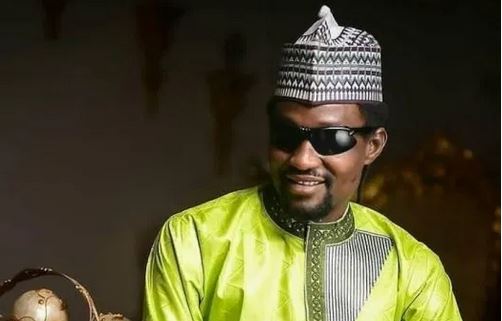 Inuwa said he was excited when the said young woman, whose name he did not disclose, “said after listening to the song, she desisted from going ahead with her suicide plans.”

“I sang plenty of songs that has changed people perception about ways of living,” he said. “I sang a song titled ‘Ga Wuri Ga Waina’. In that song I talked about how dangerous it is for one to commit suicide and the consequences of doing that on the day of judgement, from the teaching of Islam.”

“After I sang the song, one day some people called me on the phone and told me that my song has saved a soul. It has saved a young girl from commiting suicide. That after she listened to the song, she confessed to them that she changed her mind because of the sings lyrics,”

Again, the singer told BBC Hausa, on Saturday, how someone “called to tell him that he desisted from marrying out his daughter against her will after listening to his song ‘Tambihi’.”

“The song was calling on parents not to marry out their daughters out of their will, and narrated the dangers of doing that to both the parent and the child,” he said.

He also acknowledges how much he loves to sing love songs for Kannywood movies.

“I enjoy writing and singing love songs because for me love is everything. I sang a song, ‘Dafin So’ meaning love poison. That song was widely listened to and again someone I never met called to say he quit divorcing his wife after listening to the song.

“The melody is about how darlings and hitched couples should remain together, live to adore one another and figure out how to bargain for one another.”

He also spoke in glowing terms about his music vocation.

Mahmood Lawal, a fan of the artiste in Kano, told PREMIUM TIMES that Nura is a star to reckon with.

“He appears in movies very little but his songs are one of a kind. He talked about social ills, and things that correct the society especially the Hausa community. He is a legend.”

Hassana Dalhat, a resident of Kaduna, also said, “His songs are like magic, he talked about realities and how to fix issues. Some of his songs also worked for me…”

I Took To The Longest Road To Success In This Music Thing - Blaqbonez Says, Narrates How He Spent The First 200k He Made
Recent Stories

Infidelity: Sammie Okposo, 9ice, Other Celebrities Who Publicly Apologised To Their Spouses