Daddy Freeze has been described as a hypocrite who dines and wines with fraudsters and thieves. 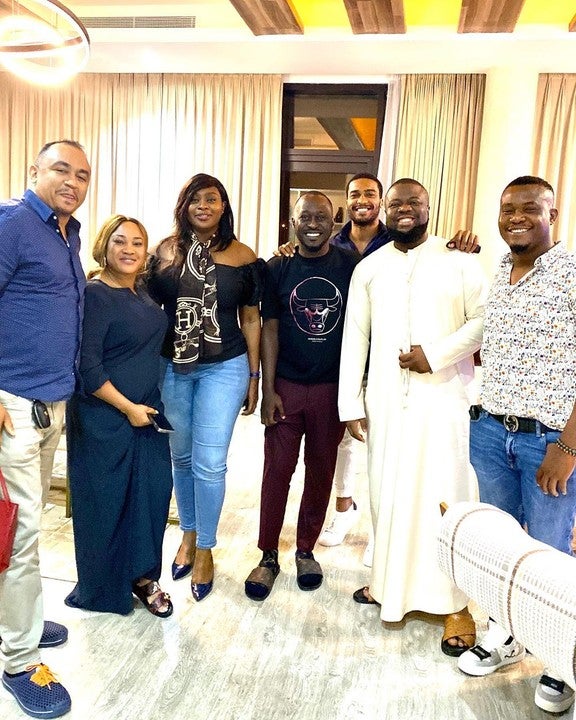 Daddy Freeze, his wife and others posing with Hushpuppi

OAP, Daddy Freeze has taken to the scriptures to support his association with alleged fraudster, Hushpuppi.
Recall that the media personality has been receiving serious slaps for ass-licking a man said to have defrauded millions of people of their hardearned money.
He was also slapped for mocking unemployed Nigerians while glorifying a thief all because he wants to benefit from his stealing.
In a video he made a while back, he was heard telling Nigerians to beg Hushpuppi to employ their fathers as his driver instead of criticizing the fraudsters lifestyle.
Defending himself from the backlash, Daddy Freeze quoted Mark 2:15 where Jesus dined with “sinners”.
The media personality went on to block social media users who were trolling him and also said “he will say what will make them drink sniper”.
However, many have taken to social media to describe DaddyFreeze as a hypocrite who dines and wines with fraudsters.
Top Stories