Late former Oyo state Governor, Abiola Ajimobi once prayed to die at the age of 70. 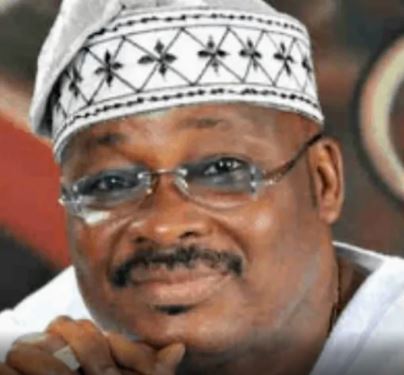 Abiola Ajimobi
It has been revealed that late former governor of Oyo state, Abiola Ajimobi, who died earlier yesterday, had once said he prayed to God to die at age 70.
He made the remark in May while speaking at Splash FM/Lagelu radio station in Ibadan, Oyo state.
The discussion was with Imams on the Muslim perspective to life as the world battles the COVID-19 pandemic during Ramadan.
The video of this radio show has resurfaced on social media following the announcement of his death on Thursday evening at the age of 70.
Giving a reason for his prayer, Late Ajimobi popularly called ‘Constituted Authority’ said he wanted to die at the age because his father died two months before his 70th birthday.
Speaking to the Imams in Yoruba Language during the radio show, late Ajimobi stated;
"When I was 40, I started telling God that when I clock 70, it is enough. My father died two months before his 70th birthday. So I started praying to God that I should get the grace to clock 70.
After I clocked 70 and I seeing how sweet life was, I started telling God again that this age 70 is not enough please make it 96 years old. Now that you have prayed for me that I should clock 100, I am happy with it."
The former Governor breathed his last breath on Thursday at age 70, just as he wished.
Before his death, he was reported to be receiving treatment for coronavirus after a lung surgery at the First Cardiology Hospital, Ikoyi, where he died.
He reportedly slipped into coma as a result of complications arising from the coronavirus.
Ajimobi is survived by his wife, Florence and his children.
Watch video of Ajimobi during the radio show below:
Top Stories