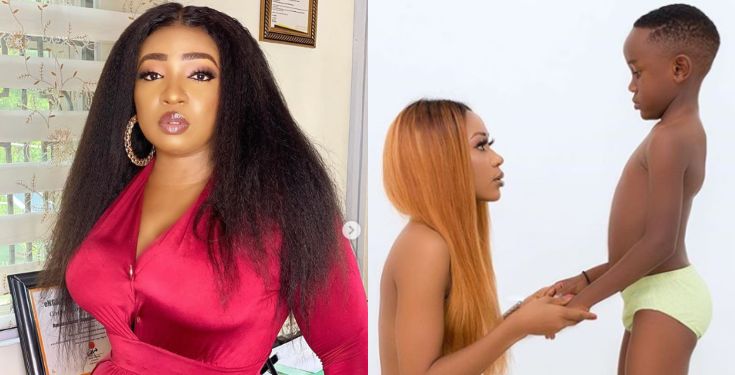 Anita Joseph slams actress for posing naked with her son
Nollywood actress, Anita Joseph has lambasted Ghanaian actress, Akuapem Poloo, for posing unclad with her son for his 7th birthday.
Anita wondered how she went into the studio, removed her clothes and posed naked in front of her son just to break the internet.
According to Anita, she is delusional and needs urgent mental evaluation.
“This is all shades of Wrong “
So you actually went to the studio
Removed your Clothes and got naked
How did you even hold your Son
Watching him see you naked 🙆🏼‍♀️
I also watched the Video you made and also said
You bath with your Son 😳😳😳
at this Age?
Aunty you really Delusional and you need urgent Mental Evaluation 🙅
You wanted to break the Internet but you Broke yourself Alu melu 🚶‍♂️
There are other decent and creative ways to get the Attention you needed!!
You just messed up this Child’s Head it’s a Shame 🖊”
However, the actress has apologized for the photo, saying she was not fully naked during the shoot.
According to her, her private parts were covered but it is not visible in the photo.
“I was not completely naked. He did not see my organs because I covered myself with a cloth and applied sellotapes to the necessary parts. Besides the picture was taken in my own house,” she said. 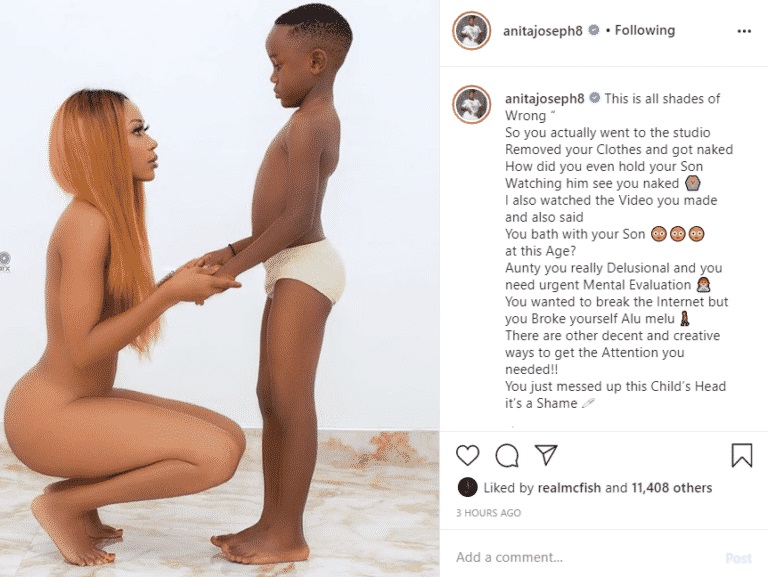