The Zonal Commander of NAPTIP said the convict lured the victims, aged 15, 17 and 18, to Benin on the pretext that she would help them secure employment. 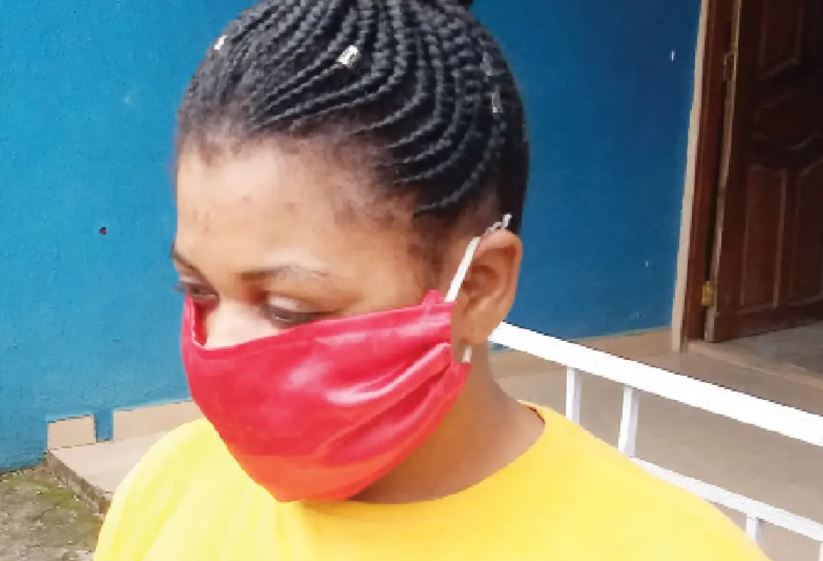 The Edo State Command of the National Agency for the Prohibition of Traffic in Persons and other related matters, on Wednesday, disclosed that it had secured the conviction for a human trafficker, Vivian Francis, who lured three of her siblings from Cross River State to Benin for prostitution, The PUNCH reports.

The Zonal Commander of NAPTIP, Mrs Ijeoma Uduak, said the convict lured the victims, aged 15, 17 and 18, to Benin on the pretext that she would help them secure employment.

Uduak said the convict was nabbed at a popular hotel in Benin in the thick of the COVID-19 lockdown, adding that she confessed to the crime, which is punishable under Section 13 of the NAPTIP Act.

She said the convict was arraigned before Justice Isoken Erameh of the State High Court 3, Criminal Division, where she pleaded guilty and was sentenced to one-year imprisonment or an option of N125,000 fine as a first time offender.

Uduak stated, “We clamped down on the convict during the COVID-19 lockdown at a popular hotel in Benin. She confessed to going to Cross River State to bring the three girls, who were aged 15, 17, and 18. She told them that she had secured pub attendant jobs for them, but when they got to Benin, she started using them for prostitution and collecting the proceeds.

“She was arrested and charged for violating Section 13 of the NAPTIP Act. She pleaded guilty and was convicted and sentenced to one-year imprisonment with an option of N125,000 fine.”

Uduak added that the victims had been reunited with their family in Cross River State.

In an interview with PUNCH Metro, the 28-year-old Vivian from the Obubra Local Government Area of Cross River State, said she made a mistake by luring her siblings to Benin for prostitution.

She stated, “I have made a mistake by bringing my sisters to Benin; I did not know that it was going to end up this way. I just felt that they should keep themselves busy in Benin that was why I fixed them up in that line.

“When they came to Benin, they realised that I was into prostitution and I told them to do the same. I pray that others will not make the kind of mistake I made.”