On Thursday, the APC named Ganduje as the head of a 49-member committee for the campaign in Edo State. 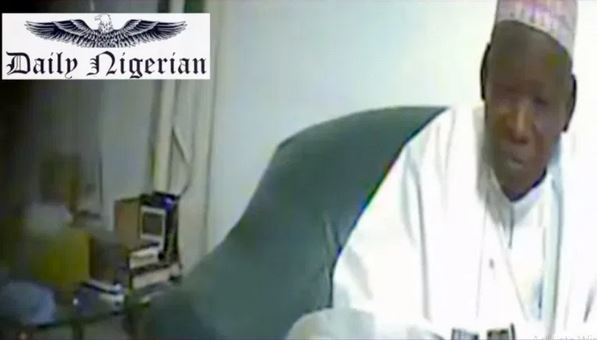 PREMIUM TIMES reported how Mr Ganduje was caught on video, in 2018, collecting cash in dollars from a contractor in the state.

The Kano governor frustrated a probe by the state assembly of the scandal as he secured a court injunction to stop the probe.

Journalist Jafaar Jafaar, who sourced the video, appeared before the lawmakers and defended the authenticity of the video.

Mr Ganduje, who enjoys immunity from prosecution as a sitting governor, has not been probed for the scandal by any anti-graft agency.

The Kano governor won his re-election last year despite the bribery scandal.

On Thursday, the APC named him as the head of a 49-member committee for the campaign in Edo State.

The APC’s candidate in the September 19 governorship election in Edo is Osagie Ize-Iyamu, a pastor who decamped from the main opposition party, PDP.

Mr Ize-Iyamu’s main challenger is incumbent governor Godwin Obaseki who decamped from the APC to the PDP.

A total of 14 parties will be taking part in the election.

Read the APC statement announcing the 49-member campaign committee below.

The Governor of Kano State, H.E. Dr. Abdullahi Umar Ganduje has been appointed by the Caretaker/Extra-Ordinary National Convention Planning Committee of the All Progressives Congress (APC) to chair the Party’s high-level National Campaign Council for the Edo State Governorship Election.

This followed the approval for the constitution of a National Campaign Council for the 19th September, 2020 Governorship Election, by the National Chairman of the APC Caretaker/Extra-Ordinary National Convention Planning Committee, H.E. Mai Mala Buni.

The campaign council will be inaugurated on Monday, 6th July 2020 at the Party’s National Secretariat.