The Senate has passed the bill against sexual harassment in tertiary institutions. 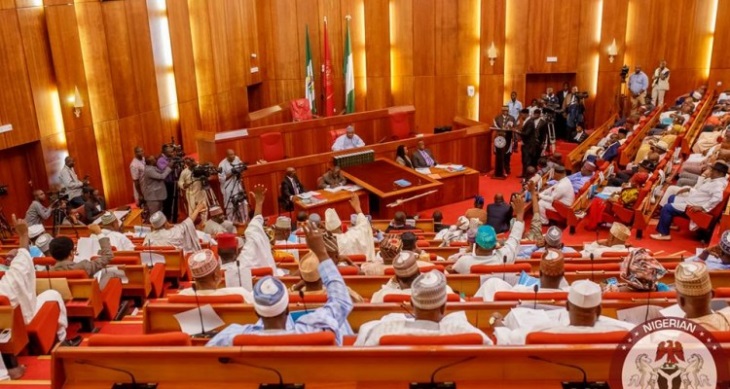 The Senate on Tuesday passed a bill seeking to stop sexual abuse of female students in the nation’s tertiary institutions.

The Bill which was read the third time and passed, was a sequel to the consideration of the report of the Committee on  Judiciary, Human Rights and Legal Matters presented by the Chairman, Senator Opeyemi Bamidele, All Progressives Congress, APC, Ekiti Central.

The bill, christened: The proposed legislation titled “A Bill for an Act to Prevent, Prohibit and Redress Sexual Harassment of Students in Tertiary Educational Institutions and for other matters connected therewith 2019 was sponsored by Deputy President of the Senate, Senator Ovie Omo -Agege, APC, Delta Central, and co-sponsored by 105 other Senators.

The bill which has 27 clauses, proposes up to 14 years jail term, with a minimum of 5 years, without an option of fine for any educator who commits sexual offences in tertiary institutions.

The bill defines sexual offences as including sexual intercourse with a student or demands for sex from a student or a prospective student or intimidating or creating a hostile or offensive environment for the student by soliciting for sex or making sexual advances.

Other forms of sexual harassment identified in the bill are grabbing, hugging, kissing, rubbing, stroking, touching, pinching the breasts or hair or lips or hips or buttocks or any other sensual part of the body of a student; or sending by hand or courier or electronic or any other means naked or sexually explicit pictures or videos or sex related objects to a student, and whistling or winking at a student or screaming, exclaiming, joking or making sexually complimentary or uncomplimentary remarks about a student’s physique or stalking a student.

Recall that the bill was sponsored during the 8th Senate by Senator Ovie Omo- Agege. Also, recall that six months after it was introduced on the floor of the Senate, the bill that sought to among others, stop sexual abuse of female students in the nation’s tertiary institutions was passed Thursday, October, 27th, 2016 by the Red Chamber.