The cause of popular pregnant You tube star, NicoleThea who was almost due for delivery has been ascertained. 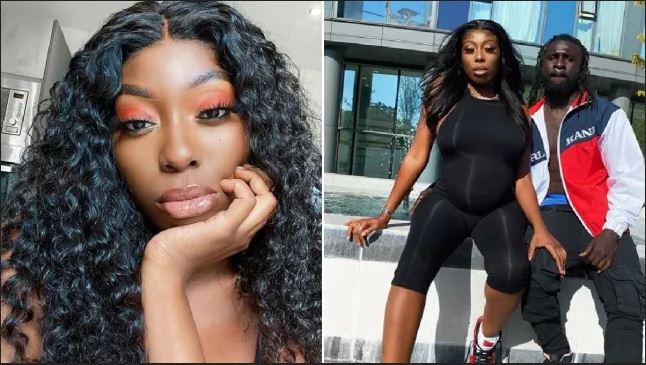 Having found fame as a YouTuber, the 24-year-old dancer was weeks away from her due date when she died unexpectedly on July 11.

At the time of her death, the dancer-turned-influencer lived in London with her partner Boga, also known as Jeffrey Frimpong.

Thea's family has claimed the cause of death was a suspected heart attack, tragically killing the mother and her unborn son.

Speaking to MailOnline, her uncle, Charles Murray, said: "From what I heard at the moment, we think she had a massive heart attack.

"She had it in her house and she was telling her partner that she had pains in her chest and her back.

"It is so surreal as she was so young. It is such a shock. It has really, really shaken us all up."

There has been no official coroner's ruling reported yet.

Thea announced she was expecting 12 weeks ago, sharing the happy news with her Instagram followers in a post alongside her partner Boga.

Her uncle revealed the beloved YouTuber had no underlying health conditions and, as a dancer, maintained a healthy lifestyle and fitness level

Murray continued: "She is a dancer and we don't think she had any underlying health problems.

"It is terrible. But we won't know for sure until we have the post-mortem."

Thea's mother, Samantha Antoine, broke the news of her pregnant daughter's death in a heartbreaking statement on Sunday Via Daily Star.