Inflation in Nigeria has been on the rise since August 2019 when the country shut its land borders with its neighbours to curb smuggling. 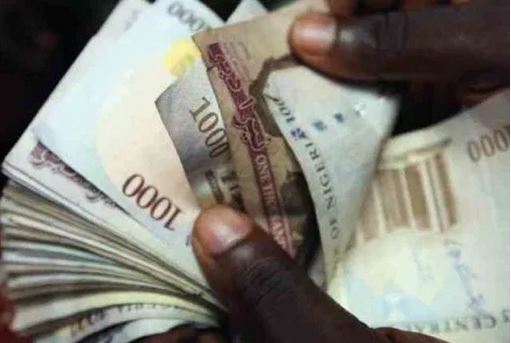 Inflation in Nigeria has been on the rise since August 2019 when the country shut its land borders with its neighbours to curb smuggling.

It later became worse with the effect of the novel coronavirus on the global economy.

The latest report on the consumer price index (CPI) by the National Bureau of Statistics (NBS) on Friday showed that the inflation rate for the month rose by about 0.16 per cent point, from 12.40 per cent attained in May.

The border closure had affected the availability of rice, vegetable oil, frozen food, and other staples, causing prices of the commodities to be on the increase.

This rise in the food index was caused by increases in prices of Bread and Cereals, Potatoes, Yam and other tubers, Fruits, Oils and Fats, Meat, Fish and Vegetables.

Also, the Core inflation, which excludes the prices of volatile agricultural produce stood at 10.13 per cent in June 2020, up by 0.01 percent when compared with 10.12 per cent recorded in May 2020.

In June 2020, the all items inflation, when compared to June 2019, was the highest in Bauchi, Sokoto, and Ebonyi while Cross River, Lagos, and Kwara states recorded the slowest rise in headline Year on Year inflation.

For food inflation year on year, inflation was recorded highest in Sokoto, Plateau and Abuja while Lagos Ogun and Bauchi recorded the slowest rise.

“On month on month basis, however, June 2020 food inflation was highest in Kogi, Benue, and Zamfara, while Ondo, Anambraand Lagos recorded the slowest rise.”

According to an economic analyst, Basil Enwegbara, the rise in inflation is to be expected with the various intervention programmes being done by the Central Bank of Nigeria.

He also said the rise is not necessarily an indication of a bad economy,

He explained that high inflation should be expected if the productivity of a country is low, if there is high level of unemployment if there is a high import-dependency and if a growing economy is investing.

“When investing, you print more money, which is what the CBN is doing through its intervention fund, because there will be more naira in circulation.
“Nigeria is currently undergoing economic restructure. What the CBN is doing now should have been done before now. It is what the United States did in the 1930s when it employed Marriner Eccles.”

Mr Eccles was the US Fed Chairman who revolutionised central banking by creating an avenue for small businesses to thrive and create jobs.

“He pumped an unbelievable amount of new money into America’s economy by printing it. Even though it caused an unprecedented high level of inflation, it grew the economy at a historic level,” Mr Enwegbara said.