A government official begging a woman for romp has been exposed following the release of a secret recording. 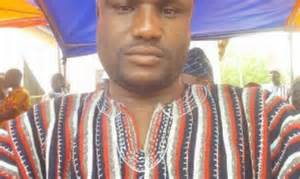 Mahama Sakara
A nurse named Doreen Smith has reported an NHIA district manager, Mahama Sakara, for sexually assaulting her. She also released a secret audio recording of the incident exposing the moment the manager was begging her to allow him enter, even if it is small.
The incident happened in Ghana.
According to TellGhana, the nurse, who works at the Soma CHPS Compound at the Sawla-Tuna-Kalba District in the Savannah Region has petitioned the National Health Insurance Authority (NHIA) to investigate the district manager, Mahama Sakara, for “sexual assault” and “attempted rape”.
In her account of the events, Miss Doreen Smith alleged Mr. Sankara had come to the CHPS compound at about 9:00am July 8 under the guise of “monitoring” but turned around to make sexual advances at her.
She said even though Mr. Sankara did not succeed in having sexual intercourse with her, he fingered her in the process of struggling with him when the advances became intense.
“However, when we got into the facility, Mr Mahama Sakara (the Sawla NHIA Manager) started making sexual demands. Upon several pleading that I was engaged to a man, Mr Sakara engaged me in a struggle to have sex with me.
In the process, his (Sakara) fingers entered my vagina but could not have sexual intercourse with me,” part of her petition read. Doreen says she has since reported the issue to the police and the District Health Directorate.
“This incident was reported to the Sawla Police Station on the 9th of July, 2020 pending investigation. Equally, I have reported the incident of this attempted rape and sexual harassment to Sawla-Tuna-Kalba District Health Directorate.” In an audio tape accompanying the petition, two voices, one male and the other female, are heard in a dialogue with male voice demanding a sexual favour and the female being adamant.
The main voice at a point lamented he was in pain for being denied the sexual favour and that he had had an erection long before he got into the compound.
The male voice feared something may happen to him if denied the favour.
“Just do me this singular favour, if you don’t do this favour and anything happens to me I won’t forgive you. I will never forgive you if you don’t do me just this favour,” the male voice is heard saying.
In the audio, a voice believed to be that of Mr Mahama could be heard saying “do me this singular favour and see what God will do for us. Even if I will not release, let me just enter you and I’ll be happy“.
Using health implication to convince Doreen, he said: “at least you are a nurse and you know the psychological implication of someone having that serious desire“.
Doreen persistently said NO adding that she has a husband and it will be a sin. Continuing his persuasion, he said “so I should suffer like this? You are happy I am suffering.”
But the female stood her grounds and insisted the favour requested was too big for her to grant, explaining “I’m engaged and the man is a man of God” while asking the male to “stop it”.
At a point, the male voice requested to use his tongue on the female, which she turned down. The over 20-minute audio, the petitioner claims is a record of what transpired between her and Mr. Sankara and wants the National Health Insurance Authority to probe the matter.
“I am calling on your good office as a reputable key partner in Ghana health care delivery, to investigate and institute the appropriate sanctions on Mahama Sakara.”
Top Stories