Elderly Woman Beaten And Lynched For Witchcraft In Ghana


A local television station, TV3, shared a video link on its Facebook page showing a woman being beaten in public while a crowd looked on. 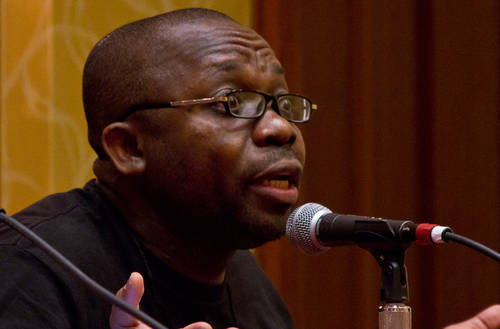 A 90-year-old woman accused of witchcraft has brutally been murdered in East Gonja in Northern Ghana. Several local news and social media outlets have reported this unfortunate incident. A local television station, TV3, shared a video link on its Facebook page showing a woman being beaten in public while a crowd looked on. The video shows two other women flogging and hitting the woman with heavy objects.

Belief in witchcraft is pervasive in Ghana. Alleged witches are banished and sometimes killed. In northern Ghana, witch killing is not common. Alleged witches usually flee their communities and take refuge in cities. Alleged witches also relocate to certain shrines usually designated as witch camps. However, in recent years, the government of Ghana has started disbanding these witch camps following accusations of exploitation, squalid living conditions, and human rights abuses in these places. This development has led to a situation where alleged witches have been forced to return to families and communities that banished them. The closure of some witch camps has left alleged witches with limited options. It has created a situation where persons accused of witchcraft are unable to flee their communities. They are forced to stay behind until they are murdered as in this case. The government and some NGOs have continued to shy away from the main problem, which is stamping out witch belief and witchcraft accusations in the communities. Ghanaian authorities have not invested in getting the local population to understand that witchcraft is a form of superstition without any basis in reason, science, or in reality. It is pertinent to make the people realize that witchcraft is a mistaken idea and explanation for misfortune. NGOs have refused to engage in reorienting the minds of Ghanaians and persuading them to use science and critical thinking, not magic and superstition, in making sense of misfortune such as diseases, accidents, and deaths.

Instead of embarking on massive education and enlightenment campaigns that reason Ghanaians out of witchcraft beliefs, the government and some NGOs are busy dismantling the only facility of refuge, safety, and protection that alleged witches have in the region. Simply put, the government is addressing the consequence, not the cause, it is tackling the symptom, not the disease. Campaign to dispel witchcraft fears and anxieties should be given priority. All hands must be on deck in stamp out this despicable practice. All levels of government, central state, municipal authorities, traditional chiefs, churches and mosques, pastors and imams, soothsayers, and shrine priests must be involved in raising awareness against witchcraft accusation, witch persecution, and killing. Ghana and other African countries have become a laughing stock around the world because this dark and destructive phenomenon rages in the region and has refused to go away.

The Advocacy for Alleged Witches (AFAW) strongly condemns the brutal murder of this woman in Ghana. AFAW urges the government of Ghana to ensure that all perpetrators are brought to justice. It is painful to see that people gathered and watched as an innocent woman was beaten and set ablaze in this 21st century. Nobody in the area tried to save this woman. Nobody intervened or tried to stop the lynch mob. The local police did nothing. The chiefs in the communities could not stop this violent crime. This incident demonstrates how witchcraft and other related superstitions have poisoned the minds and conscience of the Ghanaian public. Huge dark clouds of unreason and superstition have blinded Ghanaians and other Africans.

This situation must change, and impunity must end. Persons linked to witch persecution and killing must be held responsible and accountable. Apart from punishing those who perpetrated, aided, and abetted the violent murder of this woman, all those saddled with the duty to protect lives and property in the region must be sanctioned. The assemblyman in the district should be suspended. The chief of the community should be de-skinned, and the divisional police officer in the East Gonja should be relieved of his post. A meeting with the Chiefs, police officers, regional/municipal leaders, soothsayers, and shrine priests should be convened to understand the various events that led to the tragic murder of this woman.

The government of Ghana should sign on to AFAW's decade of activism and put in place various mechanisms to ensure that this horrific incident does not repeat and that witch persecution ends in Ghana before or by 2030.