Justice Mohammed Liman made the order while ruling on a July 6 application filed by Mompha’s counsel, Gboyega Oyewole. 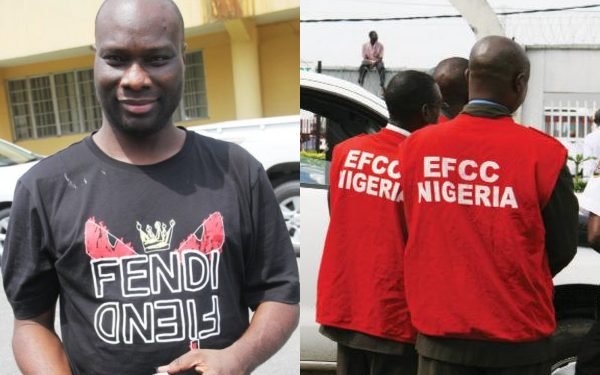 The items include five luxury wristwatches, an Apple iPod, an iPhone 8 device, and a pair of sunglasses, which were among other items found on him when he was arrested on October 19, 2019, in Abuja.

Justice Mohammed Liman made the order while ruling on a July 6 application filed by Mompha’s counsel, Gboyega Oyewole.

EFCC’s counsel, Rotimi Oyedepo, had told the judge that it had earlier released Mompha’s Air Pod and sunglasses when the application was filed.

He said the other properties Mompha sought were still with the commission for investigative purposes.

Mompha is standing trial alongside his company, Ismalob Global Investment Ltd, on an amended twenty two-count charge bordering on cyber fraud and money laundering to the tune of N33 billion.

Ruling on Friday, Justice Liman noted that although the prosecution has the right to seize property during an arrest, likewise a duty to approach the court for an interim order, due process must be observed and failure to do this is considered illegal.

He noted further that the items had been with the EFCC for eight months already.

“At this stage, there is nothing on record that the items seized are being investigated on. The retention of the property without compliance with due process violates the requirements of Section 29 of the Act.

“Failure to release the property is illegal. As of today, no charge has been file regards the items. It is too long to withhold the applicant’s properties.”

Mr Liman, therefore, ordered the release and return of the items to the defendant.

The defendant also applied for the release of his international passport, which was not opposed by the prosecution.
Background

Mr Liman had fixed July 24 for hearing the application filed by Mompha and his company, Ismalog Global Investment Limited.

Mompha had filed the application for the release of some of the items seized from him by the EFCC.

The judge also fixed October 14 for hearing of parties on the no-case submission filed by Mompha. Mr Liman fixed the date after listening to the testimony of the last prosecution witness, a director in the defendant’s company, Hamodu Muhammed.