A teenage boy will have himself to blame after being arrested over an incident in Abia state. 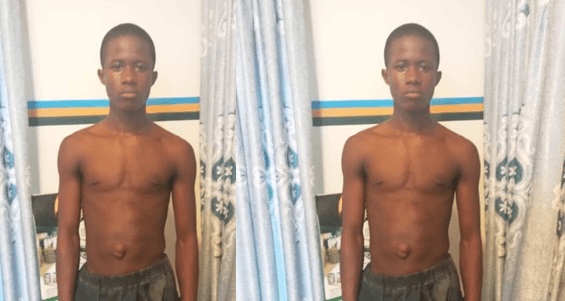 Jessy Enogwe
A 17-year-old boy identified as Jessy Enogwe has been arrested for threatening to kidnap a 75-year-old man in his community.
It was gathered that the indigene of Egbede Osisioma Ngwa LGA of Abia State who was arrested on July 21 had used his father's phone to send out threat messages to his victim, asking him to bring him the sum of N50,000 to a certain location or risk being kidnapped and paying the sum of N2m as ransom.
It was further learnt that the septuagenarian notified SARS operatives of the threat before fleeing the village out of fear. Enogwe was subsequently arrested after the report was made.
Top Stories