A weird-looking fish has left people in shock after it washed up on a beach in Australia. 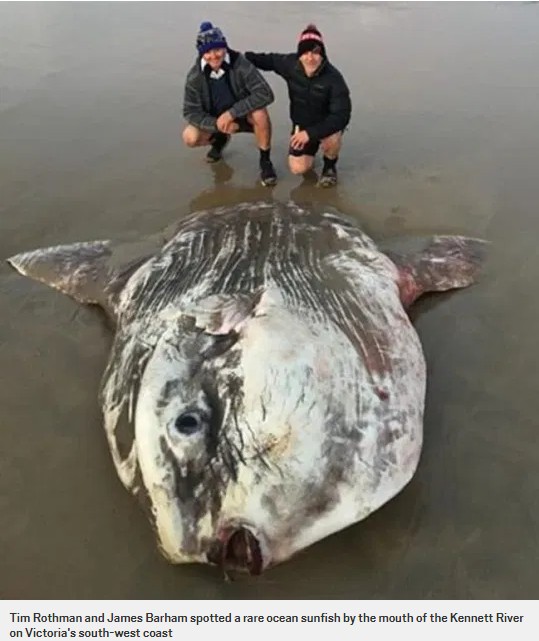 two beachgoers, Tim Rothman and James Barham have been left in shock after coming across an alien like fish that washed up on the banks of the Kennett River in Victoria on Monday.
According to Metro UK, the fish is said to be the size of a six foot man.
Known as the ocean sunfish, it can grow up to 11 feet in size and weight up to 2.5 tonnes. It is described as resembling ‘a big floating blob’ by the National Geographic, though Tim and James said it seemed more ‘alien like’ to them.
‘We were walking along and saw this big lump on the sand,’ Tim told the Geelong Advertiser. ‘I’ve never seen anything like that before. It looked like an alien from a distance.’
Sunfish are quite common in Australian waters, though they are usually found much further out. They get their name from their habit of basking in the sun near the surface.
The fish found on Kennett River is thought to have been there for a few days as it was earlier spotted by a couple and their daughter on Saturday.
Cath Rampton and her husband Tom, who are both vets, said they were shocked when they came across the rare creature, which neither of them had seen before.
Ms Rampton told Daily Mail Australia the fish measured around two metres in length and height, but it was still small for its species. ‘My understanding is it’s not a very big specimen, I think they can get up to double that size,’ she said.
Ralph Foster, the fish collection manager at the South Australian Museum, previously explained why so many sunfish get washed up on the beach. ‘One of the big dangers would being hit by big boats at sea,’ he said.
‘They often eat plastic bags thinking they are jelly fish which can kill them.’ Foster said sunfish could do a lot of damage to yachts if they collided in open water. One yacht in the 2018 Sydney to Hobart race was forced to drop out after hitting a sunfish and breaking its rudder.
In March last year, a hoodwinker sunfish washed up on a beach in Califronia, the first time one had been sighted in the northern hemisphere in 130 years. 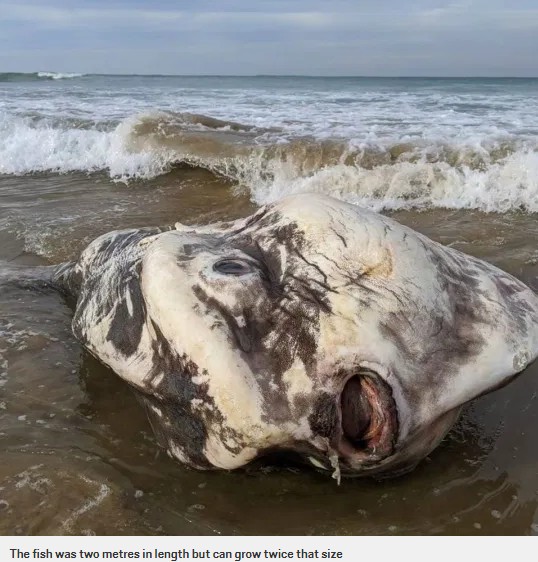 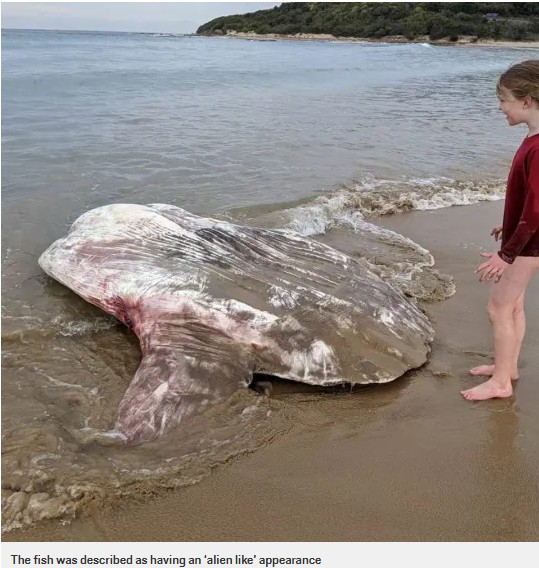