Police Officer Cuts Wife's Leg After She Served Him Cold Meal In Lagos, Says Nothing Will Happen (Graphic Photos)


A member of the Lagos state police command might have found himself in serious trouble after inflicting injuries on his wife. 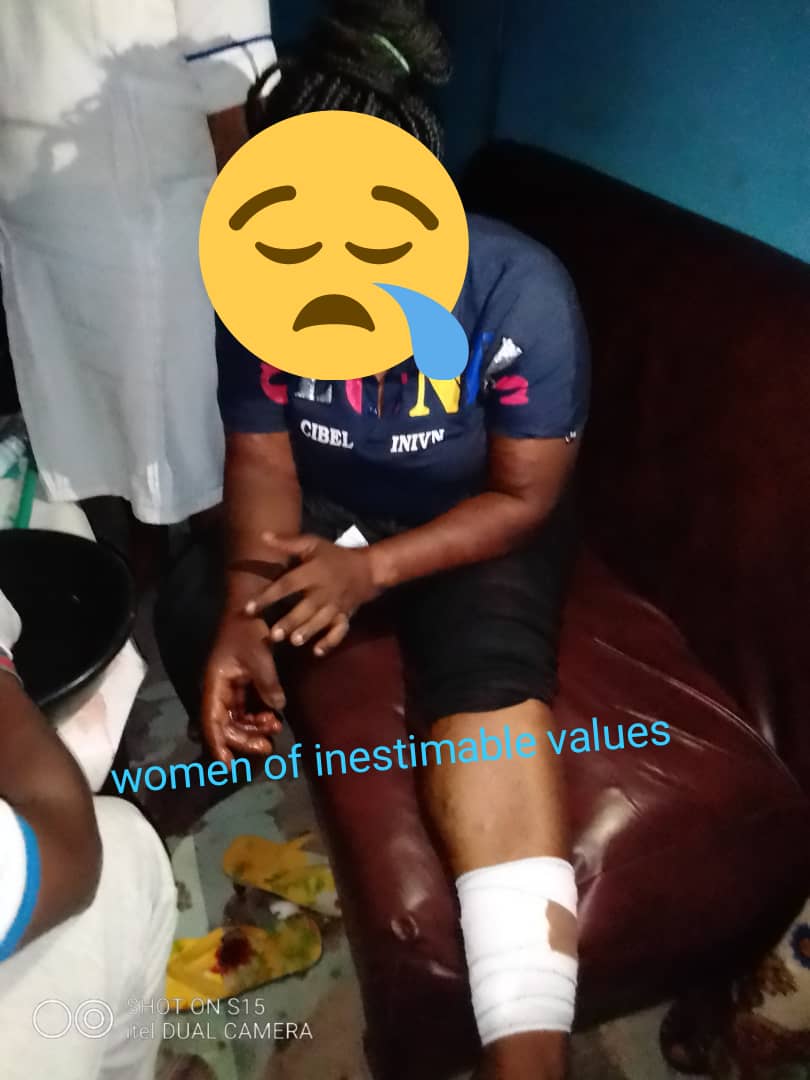 Mr. Sunday Gabriel attacked his wife leaving her with a serious injury
A police officer's wife has been left nursing a deep cut to her leg after her husband, a serving police officer with the Lagos state command, Mr. Sunday Gabriel, alias Woko, allegedly cut her with a weapon after she served him a cold meal at their Lagos residence located at Oseni street, Akera-Delemo.
According to the Women of Inestimable Values Foundation (WIVF), a non-governmental organisation that fights against marital violence, injustice and violence against women and children, the incident happened Wednesday evening.
In a chat with Igbere TV on Thursday, the Foundation, which has since taken up the case, said Mr. Gabriel is going about threatening to ‘deal with his wife’ at will as nothing can be done to him being a police officer.
The WIVF representative said Mrs. Gabriel is afraid to speak up for fear of being punished by her ‘violent husband’. She is also scared that the matter may go unresolved if reported.
Our source said the assault has been going on for a very long time as officer Gabriel is not a first-time abuser and actor in domestic violence.
According to our source, “Yesterday, the wife returned from work where she sells second-hand cloths because the man does not give her money for upkeep. She served her husband dinner and was inside her room when the he called out to her that the food was cold and needed to be reheat.
“She answered and was about going to get the foods from the dinning when the husband pounced on her with a machete and stick, 'next time when I call you, learn to jump up immediately’...”
Exclusive pictures obtained by Igbere TV Thursday afternoon shows that Mrs Gabriel sustained various degrees of injuries during the said attack. She had a deep cut on her limbs.
Officer Gabriel, however, denied attacking his wife when Igbere TV reached out to him to hear his own side of the story. He had insisted on knowing our source which we declined.
Similarly, when contacted by Igbere TV correspondent, the victim Mrs Gabriel neither denied or affirmed the assault on her by her husband. She was with her husband as at the time of call.
Mrs. Gabriel, whose husband mandated to speak to us through his mobile phone, however, promised to get back to our correspondent using her phone when it's convenient.
She was, however, yet to do so as at the time of filing this report. A close source to the family said the woman was scared as the husband has repeatedly warned her from addressing the press.
Mrs Gabriel currently has four children (a boy, and three girls) for her violent policeman-husband.
See more photos below: 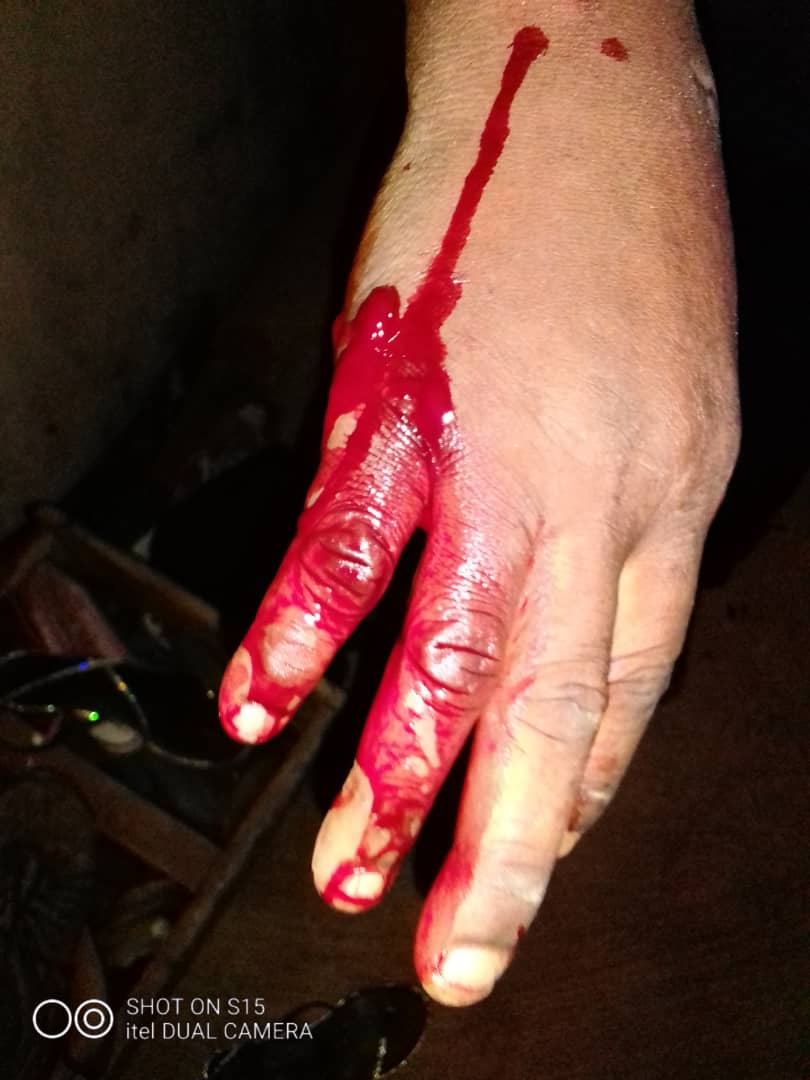 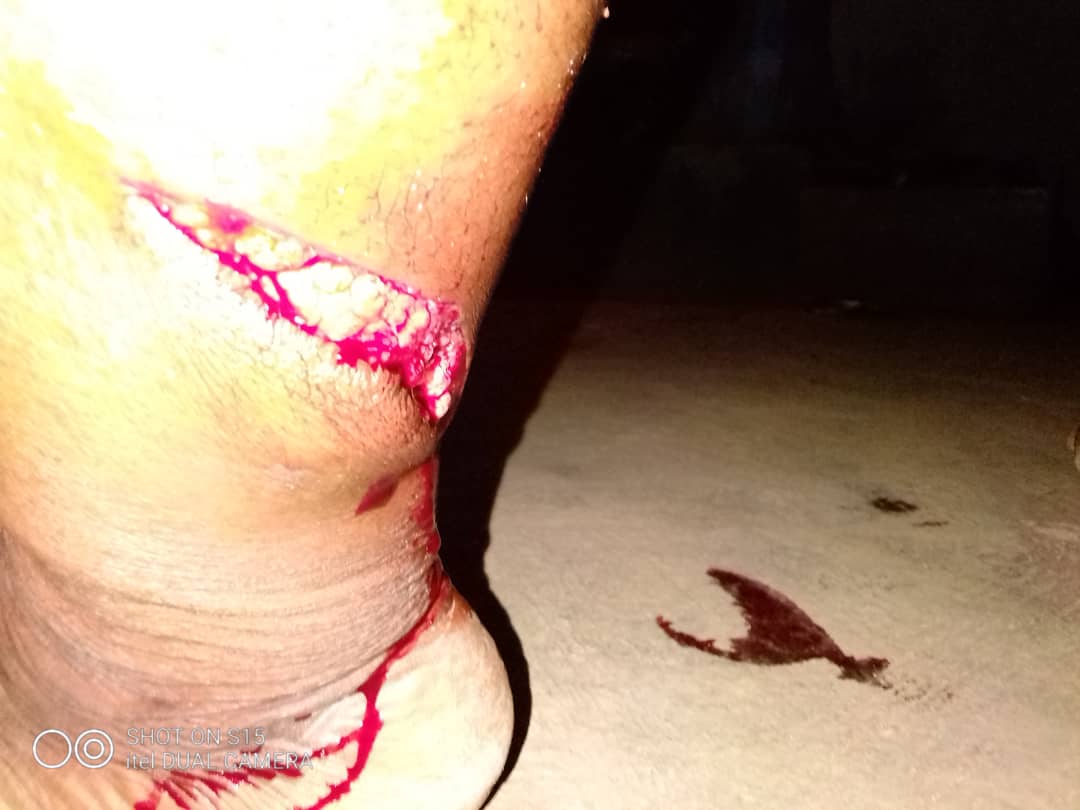 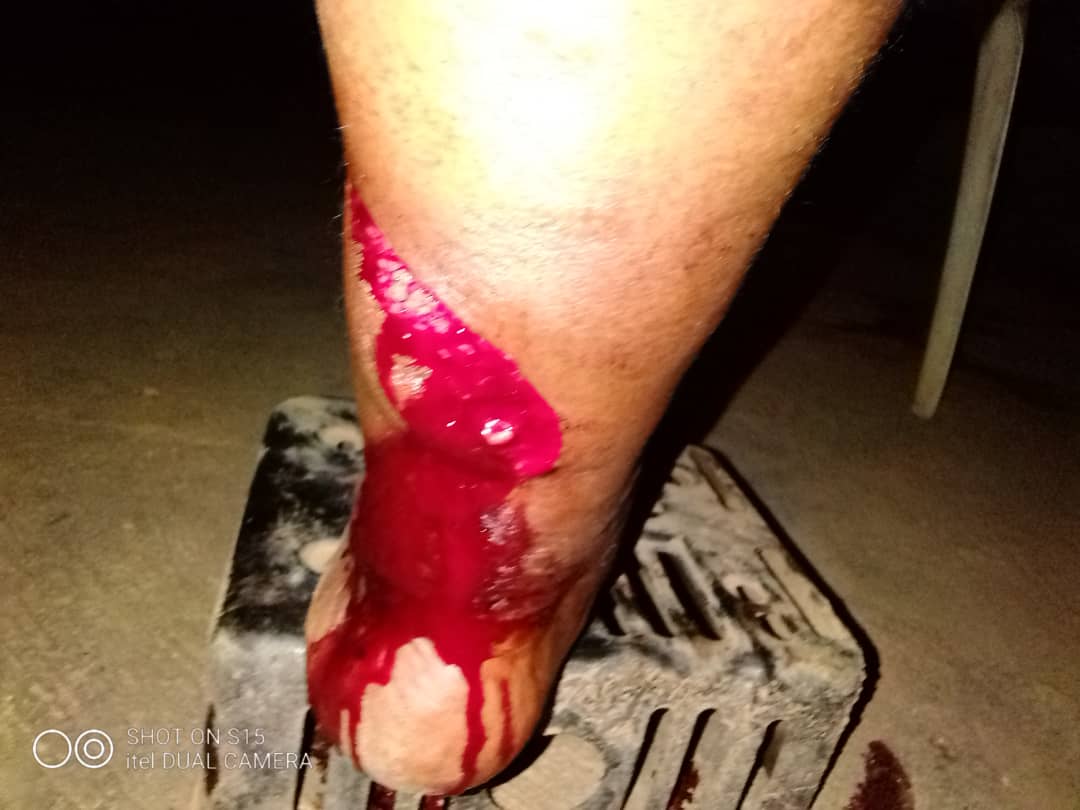