Dino Melaye, a former lawmaker has taken to social media to show off his children. 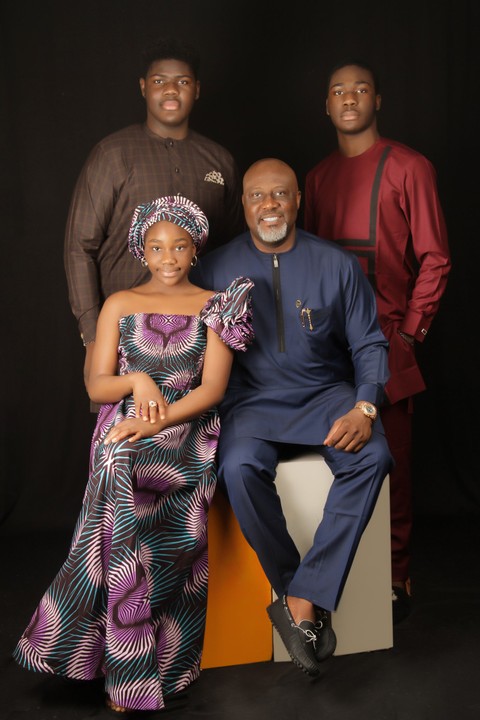 Dino Melaye posing with his family members
Former Senator representing Kogi West in the National Assembly, Senator Dino Melaye has flaunted his children in a new family photo he shared on social media.
The ex-lawmaker while sharing the adorable photo on Twitter, wrote: "THE MELAYE'S"