Femi Adesina and a lawyer, Tope Akinyode have clashed on live television over the #RevolutionNow protests. 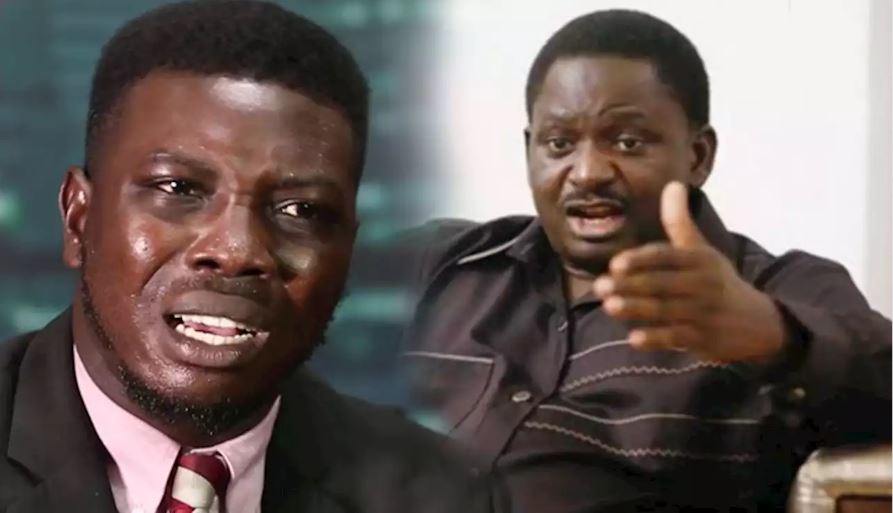 The PUNCH reports that there was a mild drama on Channels Television’s Sunrise Daily programme on Thursday when the President’s most senior spokesman, Femi Adesina; and the National President of Revolutionary Lawyers Forum, Mr Tope Akinyode, exchanged words over the #RevolutionNow protests that took place in various parts of the country on Wednesday.

Akinyode, who took part in the protests which were disrupted by security operatives, said the aim of the demonstrations was to demand good governance, poverty eradication, a stop to the insecurity and many other issues.

In his response, however, Adesina described the protests as an irritation and a child’s play.

He said, “Well, was it really a protest? By my estimation, it just seemed like a child’s play because protests by their very nature are spontaneous things, mass things. These are just a sprinkle of people trying to be funny. As far as I am concerned, it is nothing to worry about.

“A revolution is always a mass thing, not a sprinkle of young boys and girls you saw yesterday (Wednesday) in different parts of the country. I think it was just a funny thing to call it a revolution protest.”

When asked if the government determines the seriousness of a protest only by its size, Adesina responded, “Revolution is something that turns the normal order. What happened yesterday, would you call it a revolution?

However, Akinyode mocked Adesina for having a shallow understanding of the concept of revolution despite being a veteran journalist.

The lawyer said, “We have to forgive Mr. Adesina and the Buhari government for all the things they speak. They don’t understand these things. They are bereft of the fundamental workings of democracy and the rule of law. They don’t know what protest means, they can’t appreciate it

“Buhari is a dictator. He doesn’t obey court orders so he doesn’t know that Nigerians or the people have the right to protest which is why Mr. Adesina was continuously talking down on Nigerians, saying it was a child’s play and an irritation.”

Akinyode said Buhari’s regime seemed to be dedicated to failure hence its aversion to criticism.

The lawyer wondered why unarmed protests would be attacked by soldiers and policemen for demanding good governance.

He said, “I am disappointed by the myopic definition that Mr. Adesina gave the word revolution especially being a journalist who should have fundamental knowledge of the English Language. Revolution has many meanings to it. You cannot attach a single meaning to the word.

“For those who have a deficiency in the use of English, revolution can also mean an improvement, an advancement in a system which has a positive long-lasting impact. The demands of the protester are well articulated. They are engaging the government in its failings – unemployment, insecurity, non-payment of minimum wage N30,000 and many other things.

“And if the protesters are demanding the removal of the present government that is constituted, it is a constitutionally guaranteed right. The law allows for impeachment of any validly elected government and for a government that has woefully failed, is it not right for it to resign?”

Adesina, who appeared irked by Akinyode’s response, however, took issue with Channels Television for pairing him with “such a character”.

He said henceforth, the TV station must let him know who he is up against when next he is invited to a programme.

The President’s spokesman said, “Let me make this point. Channels TV should have been ethical and professional enough to tell me that I was appearing with somebody and then I could decide whether to appear or not to appear.

“The way this young man is talking, if I had a chance, I wouldn’t want to share a platform with him because he is irascible, he is irrational and he doesn’t understand and I could have decided whether to appear with him or not.”

Akinyode, however, stated that he was a lawyer and a learned individual.

“It is not just the way Mr. Adesina sees it, that I am a young guy. I am a lawyer and I have an understanding of the law. It is a constitutionally guaranteed right of Nigerians to protest. It is the law,” he replied.