Ayomide, a resident of Owena, was travelling back to his base from Iragbiji after the Eid-el-Kabir festival with his friend, when the incident happened. 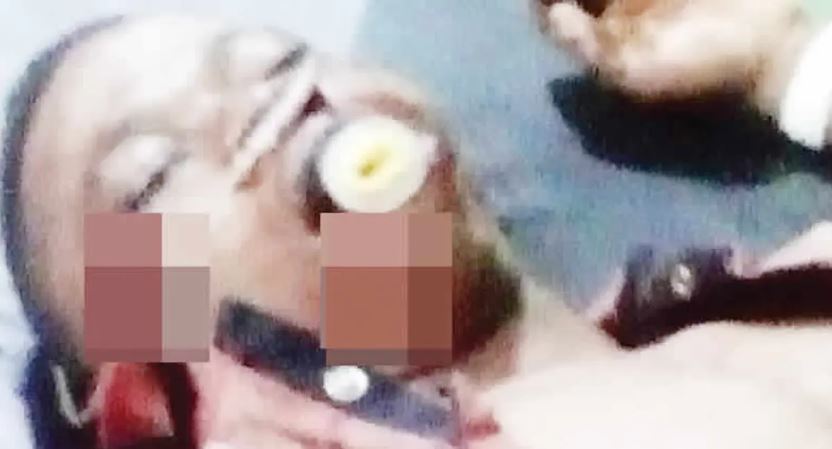 Ayomide Taiwo, a 20-year-old fashion designer, is lying unconscious after allegedly being attacked by a yet-to-be identified policeman attached to the Ibokun Divisional Headquarters, Osun State, on Tuesday, The PUNCH reports.

Ayomide, a resident of Owena, was travelling back to his base from Iragbiji after the Eid-el-Kabir festival with his friend, Wasiu Oladimeji, when their motorcycle was stopped by some policemen at a checkpoint in Ilahun.

Wasiu, while narrating how the incident happened on Thursday, explained that the policemen stopped their motorcycle and demanded a bribe.

He said, “We met about four policemen at the checkpoint in Ilahun. One of them, who appeared drunk, approached us and demanded a bribe. When Ayomide brought out the amount the policeman demanded and was about to give him, the cop saw a bundle of N50,000 in my friend’s pocket.

“At that point, the policeman suddenly became aggressive. He approached us and hit Ayomide’s head with the butt of his rifle. The two of us fell from the motorcycle, while the three other policemen ran away.

“Before I managed to stand up, the policeman who perpetrated the act was about to flee, but he was stopped by some passersby, who got to the scene. Ayomide was bleeding from the nose, mouth and ear after the attack.

“A police officer, who was not at the scene when the attack took place, came and directed that Ayomide should be rushed to hospital. The officer rushed him to the Ladoke Akintola University of Technology Teaching Hospital, Osogbo, in his private car.

“Ayomide is currently at the Intensive Care Unit of the hospital. “He is unconscious. He has not opened his eyes or talk since then. His mobile phone and the sum of N50,000 in his pocket were stolen.”

Corroborating Wasiu’s claims, the victim’s boss, Popoola Adebayo, said when he got to the scene, Ayomide was lying on the road and was drenched in blood.

Adebayo added that when they got to LAUTECH, Osogbo, and the doctor on duty asked them to deposit the sum of N50,000, the Divisional Police Officer, Ibokun Division, paid N30,000 out of the sum.

When contacted, the Police Public Relations Officer in the state, Yemisi Opalola, said she had not been briefed about the incident.

A reliable security source, however, told PUNCH Metro that a policeman was being detained in connection with the incident.