In what will come across as a really embarrassing development, a Nigerian lady has turned down her boyfriend's proposal. 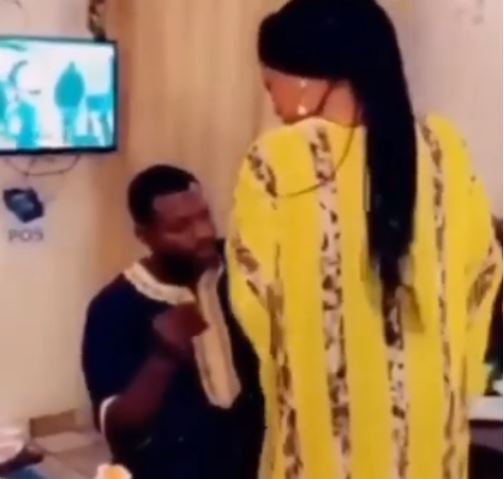 The lady refused to say yes

A video has emerged online showing the moment a Nigerian lady turned down the marriage proposal of her boyfriend.

The rather very embarrassing video has since gone viral online and has generated many opinions from people.

According to reports, the lovestruck man had gathered his friends and family to witness the moment he would ask for his girlfriend's hand in marriage. It was in their presence that she said no.

In the video making the rounds on social media, the man is seen on his knees as he asked her to marry him.

The lady, however, vehemently refused to accept his ring. It is not known where the incident happened, however some reports have said it occured on Wednesday August 5.