Why Eric And Tochi Were Evicted From BBNaija 2020 House, See How Nigerians Voted 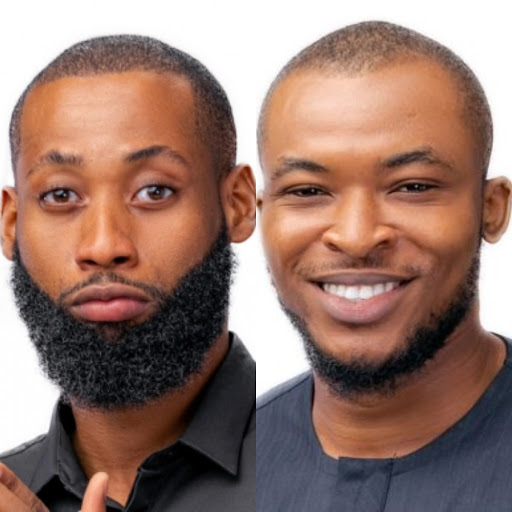 Tochi and Eric
Kaisha, Trikytee, Eric and Tochi were the last housemates put up for eviction last Sunday.
However, Eric and Tochi were eventually evicted last Sunday night.
The reason why Eric and Tochi were evicted is because they got the leaset votes from fans.
Recall that Biggie had asked the remaining housemates to vote, however, it seems like it is the public's vote that is used to determine who stays or leaves.
After the voting process, show host, Ebuka announced Eric and Tochi as the third and fourth housemates to be evicted from the Big Brother Naija.
Also, the result of how viewers voted showed that Eric got the lowest votes, followed by Tochi.
For Eric, the end of the road means a whole new life with plans to delve in to acting and return to modelling. The former housemate also revealed that his situationship with Lilo was genuine and expressed plans to continue a relationship outside the house.
Tochi, on the other hand, revealed plans to take up an acting career as well as a real estate business.
All housemates, except Ozo and Dorathy were up for possible eviction this week.
Tolanibaj had the highest vote, while Eric had the least vote in the post released by Dstv.
However, organisers of BBNaija promised viewers to make available the full list of housemates’ eviction votes later.
Here is a breakdown of how viewers voted for nine housemates:
Tolanibaj- 3.30%
Vee- 3.28
Praise- 2.99
Wathoni -2.76
Kaisha -2.41
Eric -1.91 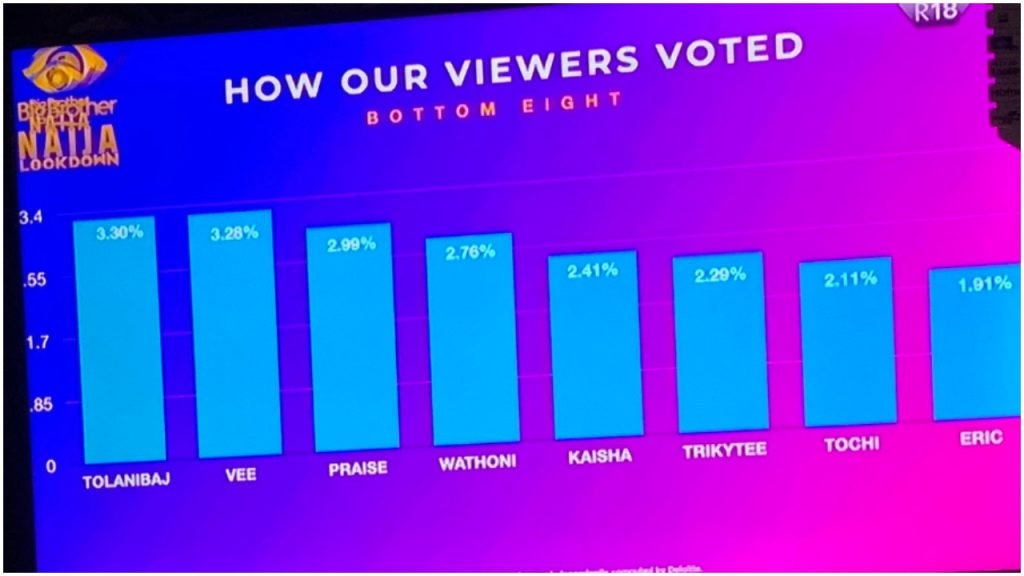