A woman took to Twitter to reveal conversations one should have with their spouse to ensure a happy and healthy future relationship. 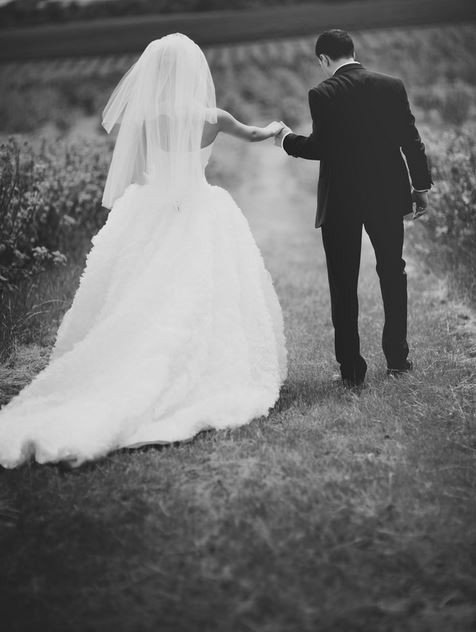 When it comes to marriage, there's a lot of things you should know about your partner before tying the knot.

Making sure you're both on the same page about things could promise a happy and healthy future relationship.

So one woman has revealed an important list of topics you must discuss with your partner before even thinking about a wedding.

From how many kids you want to dealing with finances, there are 20 "non-negotiable" things couples must agree on.

Posting on Twitter, the woman, who has been engaged previously, shared her advice on social media.

It has since garnered a lot of attention, securing more than 220,000 likes and thousands of comments.

Another added: "All engaged people should go through this so they can count the true cost of marriage before they get married.

A third agreed: "I seriously love this. You mentioned so many points that are beneficial to a relationship that so many people miss going over before getting married."

The woman's list of 20 things to discuss before marriage:

2. Fully and willingly committing to one another : The woman said there shouldn't be "what ifs" and "it's not the right time", you're either in or you're out.

3. When/how many kids you both want – Adoption? Are one of you infertile?

4. STDs: She added: "Get checked. Seek medical help/informed professional knowledge. Keep those tests up to date and find ways to do so even within the marriage."

5. Talk about your 5-10 year timeline regarding career/education: The woman said: "Can you move? Willingness to relocate? Etc."

6. Religion: The Twitter user said it's important to be open to growth, adding: "Do you share fundamental CORE beliefs about life? Very important."

7. Anger management issues: She noted: "Do one of you struggle? Are you in therapy for it/taking it out on others? Seek help, because it will destruct you and the future and the children..."

8. Energy: The woman insists you should follow your gut and ask each other "does it match?"

9. Clothing: While it may seem like a small problem, the woman says "it eventually adds up," noting: "Make sure your expectations MATCH one another to full comfort."

10. Sexual compatibility: She added: "Not going into details, but y'all need to be on the same playing field. Consent wise, willingness to try things, traumas, etc... figure it out."

11. Finances: The woman said it's important to discuss how you intend on splitting the bills, gender roles and taking the parents in during old age.

12. Age doesn't matter too much: She explained: "In my experience it's about the person and what their world views are. If you are young, make sure the person you're with will allow you to keep growing at your own pace and in your own way. It's called respect."

13. Boundaries when it comes to the opposite sex: The woman says to ask each other what's not okay, like hugs, handshakes, etc.

14. Social media: She explained: "Believe it or not, people WILL break up over this. Some prefer privacy. Some not. Get on the same page or you'll be clowning on one another."

15. Savings: Under this point, the woman said: "How much do y'all have earned and combined? How much are your intended salaries? Is it sustainable? Apartment? House? Condo? Speak futuristically if it's not something you can afford right now. Get on the same page."

16. What is cheating? Have this conversation to outline what you both consider as infidelity.

17. Physical and verbal abuse: She said: "What is and isn't considered abusive language and decorum? Seek help, please. Professionals can always step in."

18. What are your dying wishes? The woman added: "Burial proceedings? What if one of you becomes paralysed? God parents? Uncertain events? Death? Speak it. Speak on all of it."

20. Education doesn't matter: The woman's final point is to discuss education because "none of this matters in the long run". She continued: "Trust. You aren't a good person based off superficial attributes."

Hushpuppi: There Will Be Others Involved if Abba Kyari is Found Guilty – Brekete’s ‘Ordinary President’
Recent Stories