The suspect was nabbed alongside three of his friends after they demanded N2.6 million ransom. 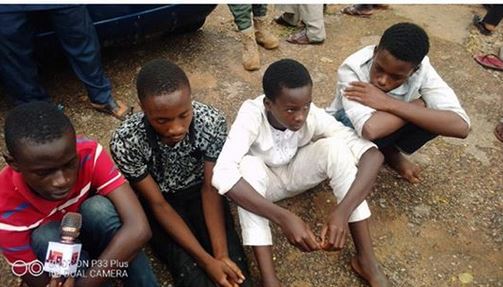 An 18-year-old 200 Level Civil Law student of AD Rufai College of Education and Legal Studies, Muhammad Isa, has been arrested for kidnapping his neighbour’s son in Bauchi State.

According to Sun News, the suspect was nabbed alongside three of his friends after they demanded a N2.6 million ransom.

Isa claimed he was lured into the crime by his 18-year-old friend, Abdulgafar Adamu, because he needed the money to start a tailoring business.