Some LASTMA officials were seen in a viral video flouting the COVID-19 guidelines. 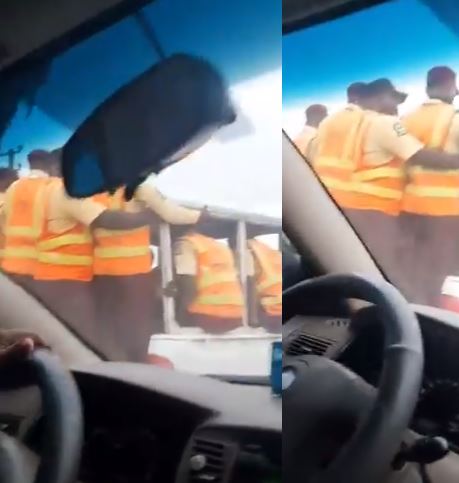 A viral video of some LASTMA officials who were captured breaking the guidelines put in place to curb the spread of COVID-19 and the video was shared online.

In the video captured by a road user, a number of LASTMA officials are seen in close proximity at the back of an official van.

In the video, the men are without face masks and are not observing social distancing.

The video was shared online with the caption: "No face mask, no social distancing. And these same set will enforce our laws. At Ikorodu - Shagamu Road Office #TrafficChief." 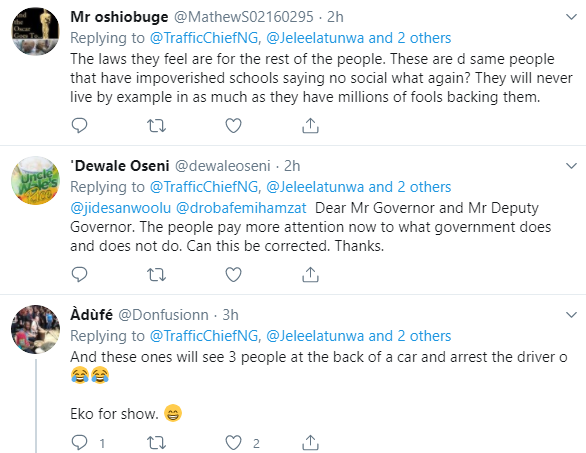 LASTMA reacted to the video via its official Twitter account. They admitted that the video is legit and the photo was taken on Monday, August 17. 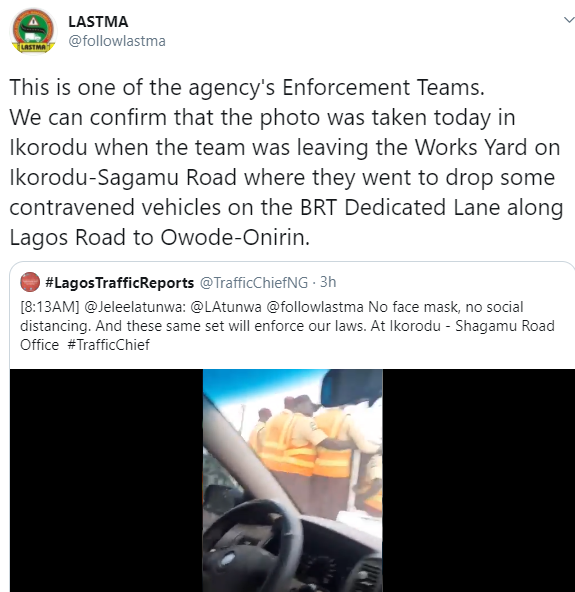 LASTMA added that the erring officers will be "called to order."