A musician and his wife have died a painful death after being crushed to death by a speeding plane while on live stream. 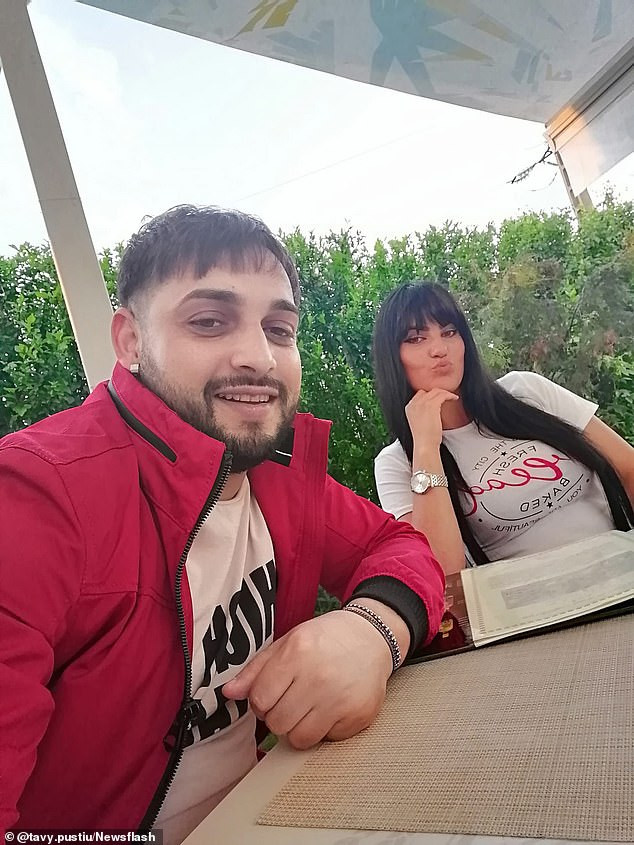 Tavy and his late wife
A Romania singer and his wife have been killed while live-streaming himself and his wife listening to loud music in his car on a railway crossing.
It was gathered that Tavy Pustiu, 29, could be seen in the video smoking and listening to 'manele' music with his wife behind the wheel.  As they approach a level crossing in the city of Ploiesti, his wife looked sideways but she clearly failed to spot the speeding train coming toward them.
Moments later, the terrified singer screamed with fear as he noticed the train racing towards their car.
According to reports, the train ploughed into the side of the white Ford Fiesta, ripping the roof off the vehicle and destroying the side of the car that Mr. Pustiu was in.
Authorities in Prahova County confirmed Mr. Pustiu was killed in the accident while his wife, who was not named, remains in a critical condition. She is said to be fighting for her life at Prahova County Hospital. 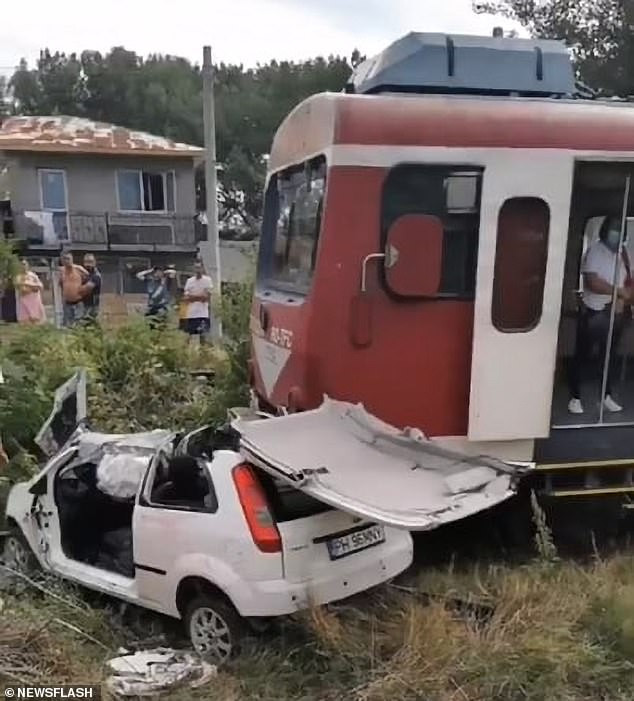 In a statement, police said: 'As a result of a collision between a train and a car on the level crossing a 29-year-old man who was the passenger in the front of the car was declared dead and a 24-year-old woman who was the driver was injured.
'The accident happened because of non-compliance with the rules at the level crossing.'
The train had been travelling between Maneciu and Ploiesti Sud before the accident occurred.