Revealed: How Buhari's Wife, Aisha And Her Daughter Escaped Plane Crash On Their Way From Dubai


The plane lost complete control for 10 minutes while only one hour away from approaching the Nnamdi Azikiwe International Airport, Abuja. 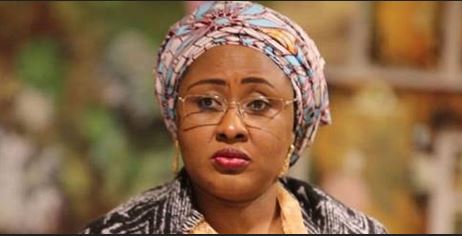 Nigeria was saved from a national disaster and calamity over the weekend when the private jet returning the wife of President Muhammadu Buhari, Aisha, and her daughter, Hanan, from Dubai, United Arab Emirates, lost control for about 10 minutes after five hours of flying, Saharareporters can exclusively confirm.

Recall that Saharareporters had exclusively reported that the First Lady sneaked out to the UAE, disguising the trip as a medical emergency under the government imposed lockdown to shop for the forthcoming wedding of Hanan.

On their return trip to Nigeria on Friday morning on a private jet with registration number GIV N52MK belonging to billionaire Mohammed Indimi, the plane lost complete control for 10 minutes while only one hour away from approaching the Nnamdi Azikiwe International Airport, Abuja.

It was a strange occurrence beyond the comprehension and explanation of the pilot, who struggled with the aircraft while Mrs Buhari, Hanan and four others with them on the flight were thrown around in the process.

Upon landing safely at the Abuja airport, some of the passengers were rushed to a hospital for treatment and examination.

The First Lady is said to be in good health, however.

Hanan is billed to marry Mohammed Turad, son of a former lawmaker, Alhaji Mahmud Sani Sha’aban, who represented Zaria in the House of Representatives from May 2003 to May 2007.

The marriage is billed to take place on September 4, 2020, inside the Presidential Villa.

A graduate of photography from Ravensbourne University in England, Hanan in July 2019 ordered the Department of State Services to arrest a young businessman based in Delta State, Athony Okolie, after he was issued a mobile number by telecommunications company MTN previously used and abandoned by her.
Okolie spent 10 weeks in unlawful detention before he was finally released by the secret police.

Earlier in January, Hanan was again in the news after she attended an event to photograph a Durbar by Rilwanu Adamu, Emir of Bauchi, in one of the jets in the presidential fleet.

The move was condemned by Nigerians even though the Presidency defended the action by saying that it was a normal procedure.