Police officers in Ogun state have caused serious drama at a busy road after stripping some young men driving Benz. 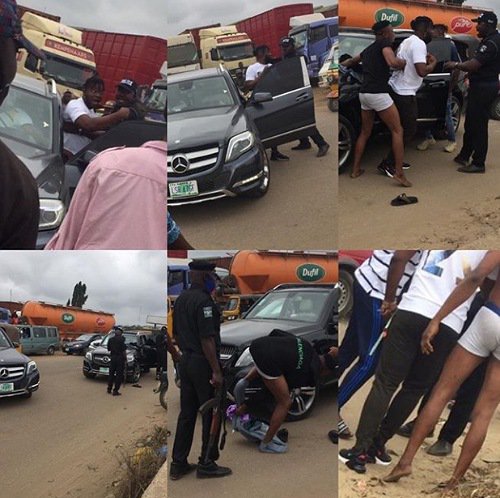 The young men stripped by police officers for driving Benz
Some young men were stripped off their clothes in the middle of a busy road and labeled them ‘Yahoo Boys’ for driving Benz by police officers from Ogun state.
According to reports, the incident took place in the Idiroko area of Ogun State on August 23.
Online reports have it that the young men who drove in a Benz car were confronted by some members of the Nigeria police in the area after which they were labeled internet fraudsters and stripped off their clothes.
Meanwhile, as at the time of filing this report, details of the incident is still scanty.
More details later...
Top Stories